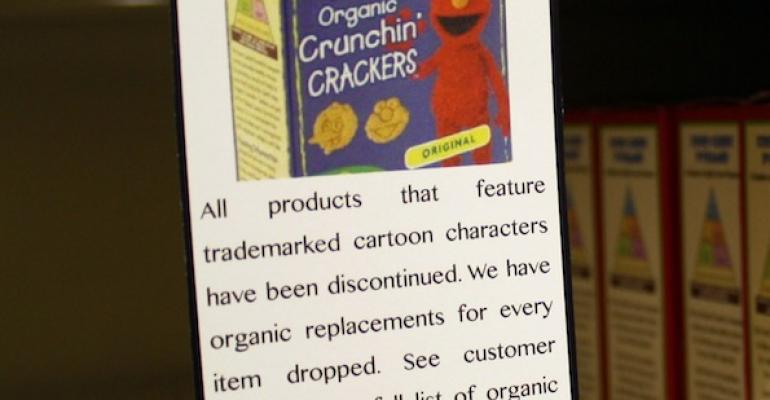 That’s what MOM’s Organic Market, the 10-store chain based in Rockville, Md., is saying to any product marketed to children. That means anything with cartoon characters from films, television or children’s books. Think Elmo, think Aladdin, think Dora the Explorer.

It’s a bold step, for sure, and comes as public scrutiny continues to build around the ways manufacturers use these popular, recognizable figures to attract the attention of kids. Scott Nash, the founder and president of MOM’s, notes that a recent report by the Federal Trade Commission shows that major food and beverage brands spent $1.8 billion marketing to children in 2009, including more than $80 million on licensing fees for cartoons and other popular characters. 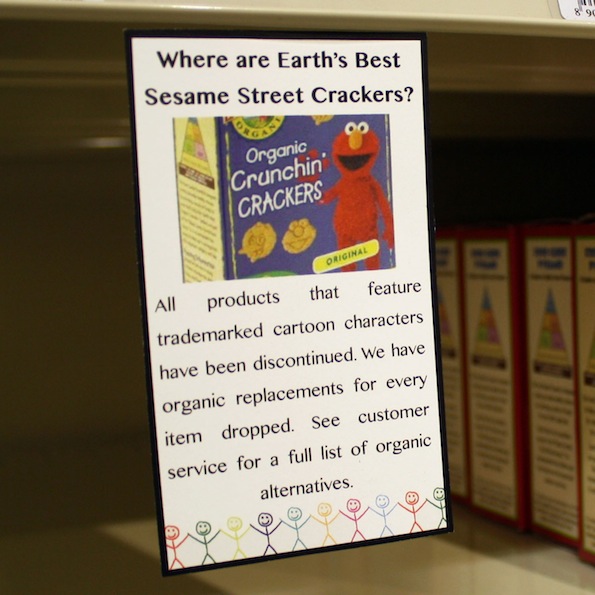 That’s too much, he says. And no one company is exempt. Some well-known natural/organic manufacturers will find their products removed.

"Advertising is a shady game. It focuses on creating a shallow emotional attachment instead of pointing out the merits of a product,” Nash says. “Unfortunately, it works — and young children are particularly susceptible."

That’s why parents will start seeing signs such as the one shown in the photo left: “All products that feature trademarked cartoon characters have been discontinued. We have organic replacements for every item dropped. See customer service for a full list of organic alternatives.”

MOM’s caters to a specific demographic, so this kind of action wouldn’t float at a mainstream retailer. But it is a valuable lesson in leadership. Sometimes taking a stand is controversial, but it’s empowering; it defines the retailer against the backdrop of everyone else.