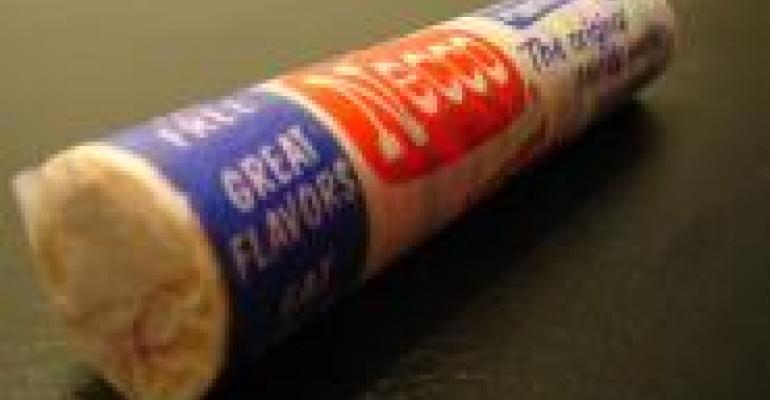 The venerable New England Candy Company thought its iconic wafer should keep up with the times. In a nod to healthy snacking, the manufacturer in 2009 announced that the crunchy discs would be improved by using more natural colorings and flavorings, including beet juice, purple cabbage, cocoa powder and turmeric.

As a result of the re-do, though, the company dropped the green lime-flavored wafer, since they couldn't find a natural-enough coloring source.

In the two years since, sales have fallen 35% The company makes roughly four billion individual wafers, wrapped in in large rolls of 36 wafers or junior rolls of nine wafer, so that's a huge drop. After that kind of drubbing, Necco announced the wafers are going back to the original formula, virtually the same one used since the candy was created in 1847. Hello again, lime green!

Healthy or not, there are some things you don't change, or risk the wrath of the consumer.