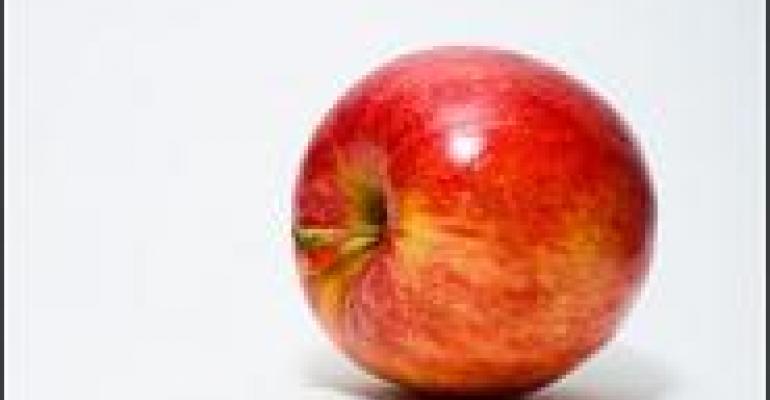 For shoppers not completely sold on organic, price remains the biggest barrier to crossing over. But what if that were factored out? What if organic and conventional products cost the same?

A recent study raises that tantalizing possibility. According to researchers writing in the journal Agribusiness, the price of organic in one very prominent category — produce — is poised to drop dramatically, and could soon be level with the cost of conventional. They studied apple growers in Washington State, which produces 70% of the country’s apples, and found that organic suppliers had more marketing pull and higher profit margins than their nonorganic competition.

The explanation: Supply is finally catching up to demand. Enticed by the higher payout for organics, more and more growers have made the switch, and now the scales have tipped in their favor. Combine this with the fact that Wal-Mart and other chain stores are competitively pricing their organic produce, the study noted, along with the overall streamlining of organic production methods, and you have the makings of a huge win for consumers.

“All of this together means prices will soon stop being an obstacle for consumers who want to buy organic products,” said lead researcher and Arizona State agribusiness professor Timothy Richards, in a statement.

The news isn’t quite so good for retailers, who would earn lower margins than they’re used to on organic. Richards’ research shows that retailers earn only 7.4% profit margin on organic apples compared to 75.3% on conventional.

A truly level playing field seems a long way off, however. Government subsidies still overwhelmingly favor conventional staple crops over organic. And as the study notes, the expansion of organic has opened it up to abuses and weak standards, especially with foreign suppliers.

Still. If low-cost, high-quality organic products are what the people want, the market’s going to work hard to achieve it.