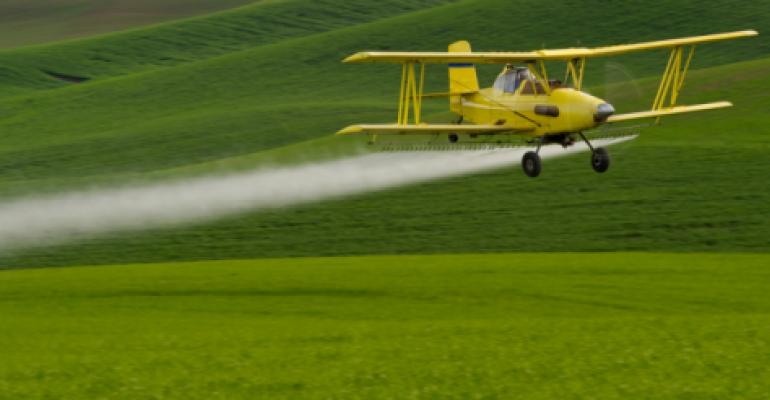 If there’s a message the federal government wants to get across regarding pesticide residues in our food supply, it’s that there’s nothing to worry about.

The three federal agencies that contributed to the 20th annual Pesticide Data Program report each issued strongly-worded statements in support of the findings: Similar to previous years, the most recent report (covering the year 2010) shows that overall pesticide residues remain well under tolerances set by the Environmental Protection Agency.

This time around, surveys were conducted on a variety of foods including fresh and processed fruit and vegetables, oats, eggs, catfish, baby food, groundwater and treated and untreated drinking water.

The EPA even patted itself on the back, writing, “the data confirms EPA’s success in phasing- out pesticides used in children’s food for safer pesticides and pest control techniques.”

The Food and Drug Administration, which oversees manufactured foods, focused its statement on children: “Parents and caregivers can continue to feed infants their regular baby foods without being concerned about the possible presence of unlawful pesticide chemical residues.”

And the U.S. Department of Agriculture issued a produce-centric statement with a reminder: “Age-old advice remains the same: eat more fruits and vegetables and wash them before you do so.”

The 204-page report found that residues exceeding the tolerance were detected in 0.25% of the samples tested, but none in baby food, which is notable since it’s the first time such products have been tested under the PDP. In those categories where no tolerance levels have been established, any detection of residues was at “extremely low levels” and do not pose a food safety risk, according to researchers.

Baby food was tested as part of the process products segment of the fruit and vegetable tests. An extensive appendix lists results by pesticide. For example, acephate, an insecticide, was not found in any of the 192 baby food samples of pears, or the 191 samples of sweet potatoes. Residues were found in 7.8% of the samples of green bean products, at levels of 0.013 – 0.11 parts per million, well below the EPA tolerance limit of 0.02 ppm.

Pesticide-free is one of the prime tenets of organic certification, though the PDP report isn’t trying to compare organic versus conventional. The purpose here seems to be encouraging consumption of healthful products, such as fruits and vegetables. Organic or conventional, the USDA sums up the report stating “Health and nutrition experts encourage the consumption of fruits and vegetables in every meal as part of a healthy diet.”

That a message heard loud and clear.