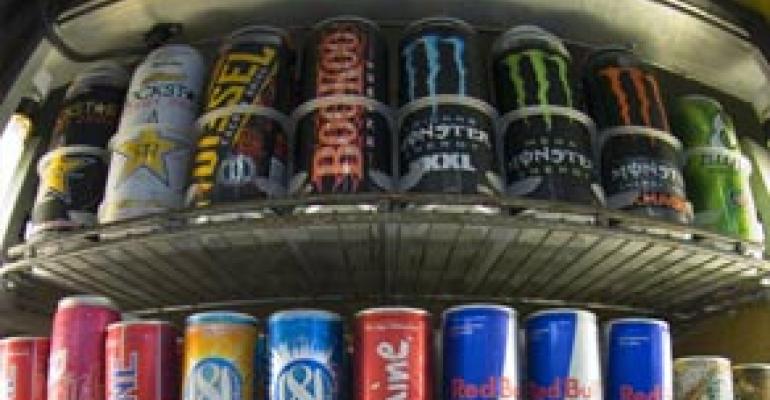 The energy drink market, which has been zooming through the beverage industry like a tooled-up muscle car, has just been given the caution flag. Yesterday Anheuser-Busch announced that it would reformulate its alcoholic energy drinks, Tilt and Bud Extra, by removing the caffeine and other stimulants that were their draw. The decision came after an investigation by 11 state attorneys general and the nonprofit Center for Science in the Public Interest concluded the brewer was marketing the drinks to minors and using misleading health claims.

At the heart of the investigation is the assertion that, with their sweet taste and stimulating effects, beverages like Tilt and Bud Extra are especially attractive to underage drinkers, encourage binge drinking and offer up a skewed sense of inebriation that can — among other things — lead people to drive when they’re in no condition to do so.

CSPI and the attorneys general stated they plan to target other manufacturers of alcoholic energy drinks. One of these is likely to be Miller Brewing Company, which markets a drink called Sparks.

This isn’t the first time this segment has run afoul of regulators, and likely won’t be the last. Even without the alcohol, minors imbibing these drinks have been ending up in emergency rooms, over stimulated by the multiple doses of caffeine, guarana and taurine in each can. Names like Monster, Full Throttle and Rockstar appeal to a particular demographic that often isn’t aware of the contents, and ignore the warnings that are posted on cans. But the drinks have always sold well, and always will. Marketers know this, retailers know this, and consumers themselves do, too.

The best thing the industry can do is to build a high wall between those beverages marketing themselves as teenage mutant ninja hyperdrinks and those that truly aim to refresh, replenish and rehydrate. The choices aren’t the problem here. What’s worrisome to regulators, medical practitioners and consumers is the lack of transparent marketing.