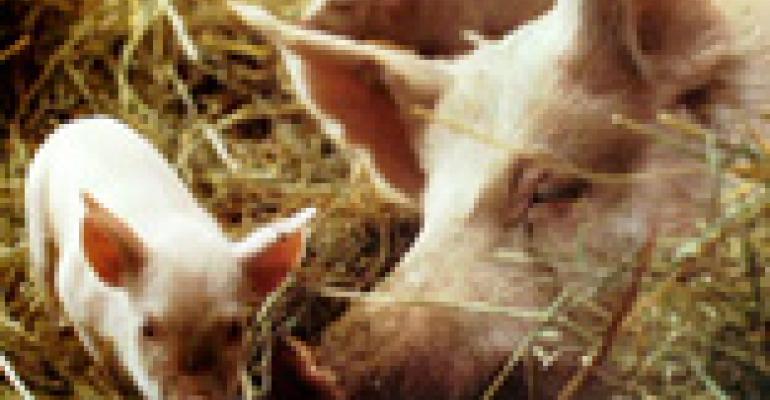 Putting Genes on a Pig

In 1988, two Harvard scientists received the first ever patent for a genetically altered animal — the OncoMouse, which had been engineered with a high susceptibility to cancer, thus making it, they thought, the perfect test subject for new drugs and procedures. That venture didn’t pan out (much to the delight of mice everywhere), but it did signal the beginning of a push to streamline and market genetically engineered animals.

Fast-forward nearly twenty years, and that market seems ready to take off. Pigs that produce high levels of omega-3 fatty acids are now in development, as are cows that are naturally resistant to mad cow disease. There are also animals now being engineered to grow cells, tissue and organs for transplant to humans.

None of these animals have been approve for commercial use, but soon they will. Just today, the Food and Drug Administration held a briefing that outlined its regulatory stance regarding transgenic animals. Before an animal is approved for market, according to the FDA, producers will have to prove that the genetic changes are safe for both the animal and for the consumer. If it ends up as food, it has to be proven safe to eat. If the animal is producing a pharmaceutical, then that has to be approved through the same process as other pharmaceuticals. And so on. To ensure compliance, the agency recommended that manufacturers work individually with the agency.

While the FDA and the research community remain positive about the potential for genetically engineered animals, I think it’s safe to say that consumers are on edge. Most of them don’t like the idea of “Frankenfood”, just as they didn’t like the idea of consuming meat or milk from cloned animals, which the FDA approved early this year.

Manufacturers will be required to label food as coming from a genetically engineered animal only if the end product is different from its non-engineered counterpart. That’s only a partial solution, because not all genetic changes will manifest themselves in, say, a nutrient profile.

Unfortunately, transparency cannot be genetically modified into the product. Retailers will soon be called on (again, like the cloned animal issue) to step up and state their policy on selling GM proteins. The public comment period now in play will do much to shape the debate, so listen up.