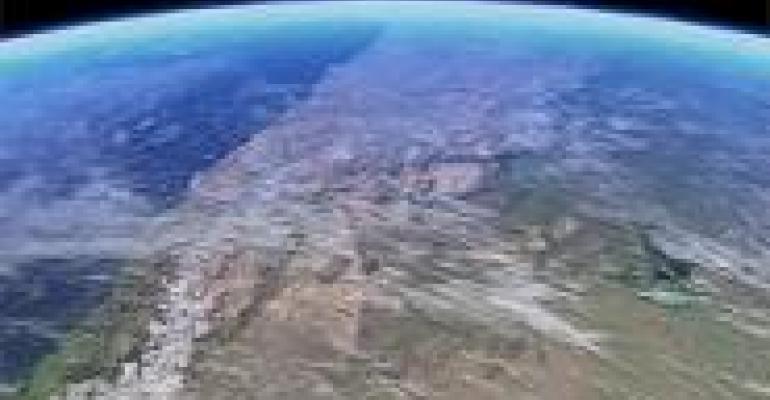 Today is Earth Day, and that means a lot of different things to a lot of different people. To some, it’s a reason to be pessimistic; a reminder of our increasing focus on “green” consumerism, which detractors say makes people feel better about themselves but doesn’t adequately address the problems facing our environment. To others, it’s a chance to reflect on their habits and develop new ways to consume less and simplify their lives. It’s a revelation, a crock, an opportunity, and just not enough — all at once.

It definitely isn’t what it used to be. As a story in today’s New York Times points out, the first Earth Day, back in 1970, was staunchly anti-business. More than a million participants marched down New York City’s Fifth Avenue and occupied Central Park in what, during the Vietnam/Woodstock era, was more love-in than national holiday.

Now we’ve got recycling promotions by Pepsi, Chiquita’s “365 Days of Sustainability”, and a pitch from a condom company to save the polar bears by practicing birth control. Not to mention programs from just about every supermarket retailer out there. Business has become inextricably linked to the environmental movement. The question is: what’s progress, and what’s marketing hype?

This is important for retailers and manufacturers to consider. On one level, there’s the argument that consumers are growing more educated and demanding authenticity. Think about it. Would anybody have predicted ten years ago that there’d be so much animosity towards high-fructose corn syrup? Or that, with all the choice and sophisticated ordering systems and marketing behind a modern supermarket, so many consumers really just want a farmer’s market experience — a place where they can buy canvas bags and purchase local and organic products?

From an operations standpoint, companies are finding that scaling back, using fewer and more renewable materials, saves money. Whole Foods just announced plans to cut its energy use by 25% per square foot by 2015. Wal-Mart draws a lot of eco-animosity, but they too are making progress on this front.

And in the end, that’s what really matters. It’s unreasonable to ask that we shut down the assembly lines and stop making purchases, as some would have it. But we should expect companies to keep moving forward and deliver on their promises. Don’t say something is “sustainable” if it ruins one basket to give to another. And don’t say you’re a “green” company if all you’ve done is throw up some solar panels.

Set environmental goals, meet them, set more, and don’t pull any punches. That’s the only way to be a truly “green” business these days.