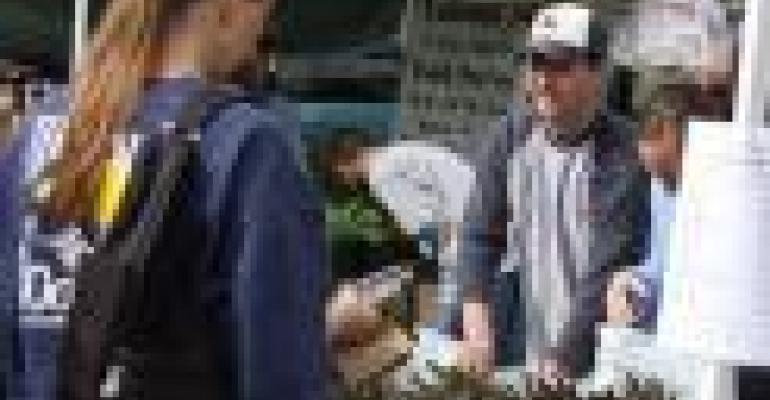 Over the past 13 years of writing about supermarkets, I’ve been witness to a good number of well-meaning but poorly executed promotions.

My personal favorite was the day a popular (but now defunct) regional chain here in the Northeast introduced a new mascot to customers. The event was heavily promoted, so the turnout was large — lots of families, which was the idea, since we all know that young kids love furry, colorful characters.

When the big moment came, out stepped this Frankenstein-like creation of what appeared to be a humanoid made of various food groups (“What’s with the cheese wedges?”). As it lurched onto the stage (a stiff, new costume), several children cowered and the applause was… polite. This was not a friendly, approachable mascot. This was something you wanted to run from.

Needless to say, the creation didn’t last long. Which brings us to the most recent example of this phenomenon at work: A Safeway store in Kirkland, Wash., recently erected a large, bright sign promoting a farmers’ market event in the parking lot.

The problem is, there were no farmers at this market. The store was just promoting what was basically a huge, outdoor display of regular, conventional produce.

Having a farmers’ market with no farmers is not only misleading, it runs afoul of a Washington state law that defines a farmers’ market as one with five or more farmers present. The discrepancy was called out by none other than the manager for a nearby farmers’ market, who happened to be driving by and saw Safeway’s sign.

Here are links to the full story, one from triplepundit.com and another from KUOW radio.

I suspect the store wasn’t trying to pull a fast one on unsuspecting customers. I mean, c’mon, this is Washington state we’re talking about, which hosts more farmers’ markets, co-ops and CSAs than just about every other state in the union. As they’ve become more popular, farmers’ market — as a marketing term — has become somewhat commoditized. And so, increasingly, liberties are taken with how the term is used.

However, a refresher course in accuracy and transparency might be in order here. No one can argue with the writing on the new sign that replaced the old one: Weekend Outdoor Market.