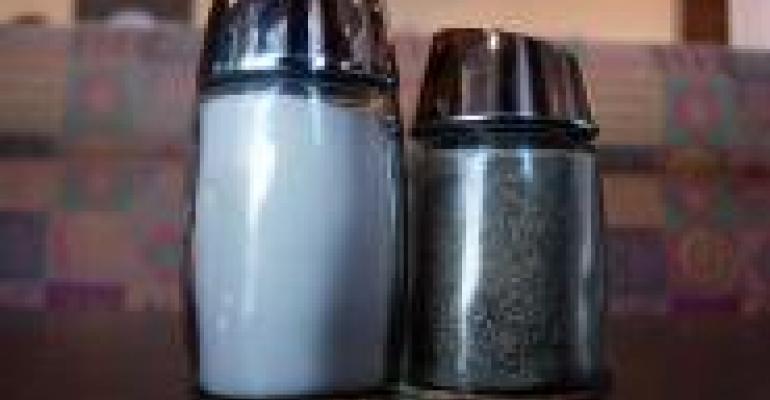 Salt on the Ropes

One by one, the dietary culprits hiding in our processed foods are being flushed out: trans fats, high fructose corn syrup… and now sodium.

Just this week alone, food giant Unilever announced the launch of a global salt reduction strategy covering over 22,000 products. It’s one more sign that maximum daily limits are also likely to be re-evaluated. Here in the United States, the magic number is 2,300 milligrams — which many industry watchers believe is unhealthy and too high already.

The company described the effort as holistic, “in terms of daily dietary contribution, rather than only looking at the input of individual products, or simply launching a lower salt range.”

Several smaller companies have already taken on the sodium issue, most notable Campbell Soup Company. The company has been aggressive in its lower-sodium strategy, rolling out new low-sodium versions of traditional products, as well as completely new products.

The building tide has brought the attention of public officials. Back in March, the Centers for Disease Control proposed reducing the daily salt limit to 1,500 milligrams. Health officials in New York City are talking about sodium with chefs and food sellers. The campaign that’s being developed aims to reduce local consumers’ sodium intake by at least 20% within the next five years.

With that kind of attention, the changes will likely occur more quickly than that. Major food manufacturers can read the writing on the wall and don’t seem to be waiting to be told, do they? What surprises most consumers, I think, is that most of the sodium they ingest isn’t from the salt shaker — it’s from the prepared, processed foods they eat. It’s hidden in the ingredient list and on the Nutrition Facts panel. Like trans fats and HFCS, the average shopper is getting a rude education on what they’re eating.