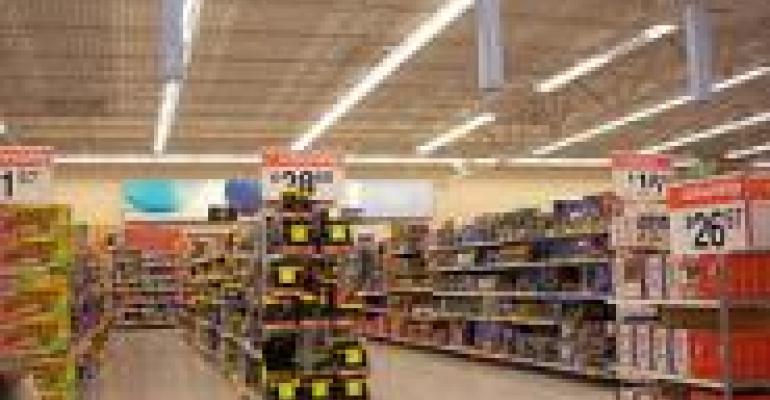 Here’s one we didn’t see coming: According to a soon-to-be released study, Wal-Mart seems to be having a slimming effect on communities.

Come again? Years of research up until now indicate that increased access to low-price, highly processed and fattening foods has been the main culprit in our national obesity crisis. Wal-Mart, of course, carries aisles of this stuff. Sure, it’s been a sustainability leader and has increased its selection of fresh and organic food and produce. But there are also a lot of frozen pizzas, packaged treats and other tempting goodies — more than you’ll find at most other retailers. Remember, Wal-Marts are big.

But give the other side its due. Writing recently in Forbes magazine, study lead Art Carden of Rhodes College in Memphis says to keep in mind that the retailer has also made healthful foods more attainable, and that, all things being mostly equal, people will spring for these first. He offers this nifty example:

Two things. One, it’s not clear who provided funding for this study, so it’s conceivable that there could be a conflict of interest. And two, recent studies seem to indicate the opposite of Carden’s conclusion – that healthful attitudes are actually on the decline. One appearing in this month’s issue of The American Journal of Medicine states that consumption of five or more fruits and vegetables per day has decreased dramatically over the past 18 years, from 42% to 26%. Alcohol consumption, meanwhile, is up, while physical exercise is down and smoking rates have stayed level.

So it doesn’t all seem to add up. But hey, I’m more than willing to be proven wrong.