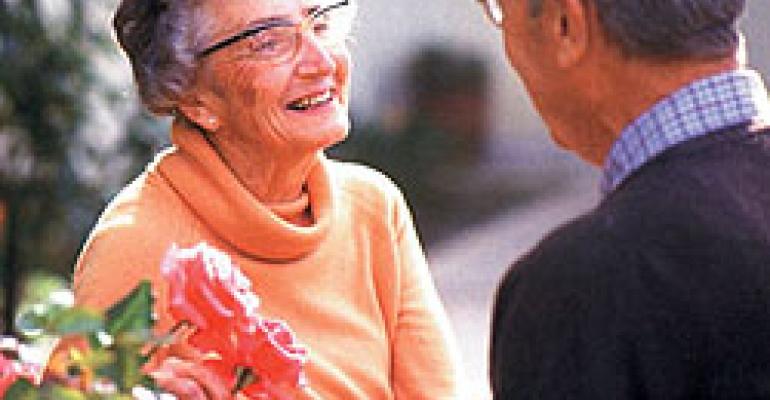 The first wave of America’s 80 million baby boomers have hit their 60s. Over the next fifteen to twenty years, most of them will retire and become eligible for government benefits like Social Security and Medicare.

And they’ll all be going to the supermarket, which raises the question of what retailers should do to meet their needs. In Europe, where half of the population will be over 50 in 20 years, Tesco hopes to start building stores that cater specifically to elderly shoppers. These locations typically include lower shelves, non-slip flooring, wide aisles and carts with built-in chairs and locking wheels. Right now the British retailer — which in the United States operates Fresh & Easy stores in the retiree-friendly Southwest — looks to soon open a 60,000 square foot store in Newcastle next door to the local university’s Institute for Aging and Mental Health.

“With a growing elderly population this has to be the future for supermarkets,” the institute’s founder, Jim Edwardson, told London’s Daily Mail

American supermarkets have started addressing the issue by beefing up their pharmacy offerings and merchandising more senior-friendly products, like low-sodium soups. Some stores that service large elderly populations also offer lower shelves and wider aisles than traditional stores. The idea of a store dedicated entirely to older consumers, however, hasn’t caught on here.

Should it? Most supermarkets pride themselves on being all things to all people, and so focusing on one demographic like this raises that fear of excluding potential customers.

Then again, baby boomers have an awful lot of spending power and loyalty. If the local market is right, and if Tesco and others prove the format to be sound, then the time may be right to turn back the clock.