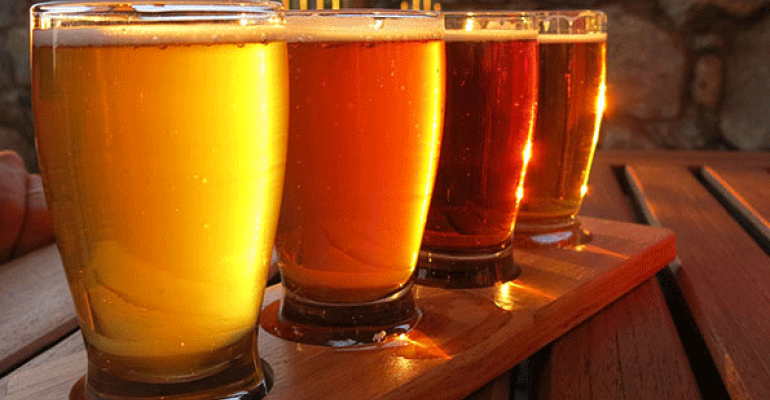 Which craft beer is right for my consumer?

Craft beer is everywhere. From the mom and pop shop on the corner to the enormous big box retailer. From the poolside bar to the plane in the sky. Delta Air Lines recently announced that it will offer regional micro brew selections to align with regional routes.

The growth of the industry is enviable. According to the Brewers’ Association, in 2013, craft beer represented 7.8% of all beer sales in the US. While still only a sliver of the entire market, over the last decade the industry has averaged 10.9% dollar growth according to the same report.

With craft beer becoming so pervasive and so many outlets offering it, where does that leave the grocery store? Aside from just carrying a general variety, how can grocery stores ensure that they are offering the micro brew that customers want?

For starters, here are three things to think about when crafting your own selection:

Think locally. Today’s consumers — especially Millennials — crave a connection to the products they buy. Grocers have largely figured out how to promote local regional produce and at the higher end, meats and cheeses, but cannot afford to overlook regional selections of beer.

Does each of your beer-skewing stores offer truly local brews? To the consumer, local breweries have become shining beacons of all that’s good in the world right now — frequent re-purposing of decaying buildings for operations, skilled labor job growth, and their own local purchasing of raw ingredients. Consumers want to support the community through purchases of local beer.

Emphasize the experience. Even if craft drinkers pulse between an Imperial IPA and Coors Light on separate trips, they desire a purchasing experience. Nothing is more depressing than seeing craft beer reposed on dull metal shelves. 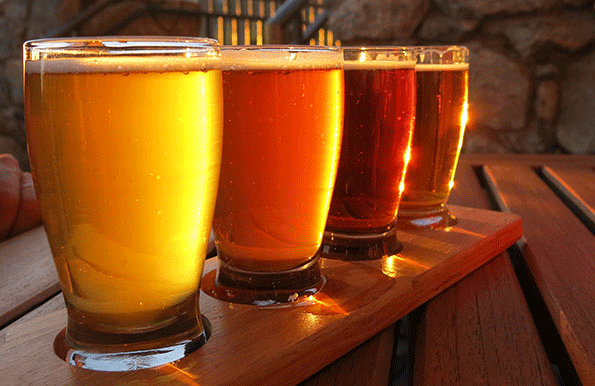 Think about the perspective of the typical consumer. With each craft beer purchase he is embarking on a journey that begins in the minds of master brewers, takes shape in heaping cauldrons at the brewery, and results in a unique taste experience. He is likely to go on RateBeer.com and write a review read by thousands of fellow “hop heads.”

Clearly isolate your craft and big brand beer sections. Within the craft section, consider making each purchase special with shelf tags or signage featuring peer reviews (maybe even someone from the store, akin to the local video store that once upon a time had employee picks sections). Keep the consumer coming back for more by employing Amazonia “if you liked X then you might like Y” programs. Offer suggestions for complementary foods. If possible — offer beer flight samplers. But think about who might frequent your store — beer snobs or less finicky types who need to just satisfy a hop fix.

As craft beer becomes more pervasive, there will be inevitable retail overlap of selections. Every store can sell beer but not every store can provide an experience.

Know your stuff. Craft beer is an entire category built upon conversation and socialization. Craft beer labels are full of stories about their founders, who chucked normal life and decided to start the brewery. Consider the following quote from Brooklyn-based SixPoint Brewery:

We’ve always believed that beer is the ultimate social lubricant — you can quote us on that. When treated with respect, beer can be a fun equalizer. It brings people from completely different origins, backgrounds and beliefs together. And whether it’s enjoyed on its own, paired with food, or paired with moments, beer is an integral part of life for many, both personally and professionally. Yes, we’ll say it — beer is life! As such, it also propels us as a civilization.

Consumers want to learn with each sip. They wish to share their experiences and influence others. Your store does not need a beer “sommelier” but it does need someone conversant in the category.

And what happens when there is a return? Will the person at the counter be able to capture feedback that can be sent to the distributor?

Any way you look at it, stocking craft beer makes good business sense. According to the Brewers’ Association:

According to NPD’s "The New Grocery Shopper" released in 2014, while men are inching up as the primary grocery shopper, women still represent 59%. Craft beer is increasingly becoming mainstream. While not yet a grocery staple, it’s undoubtedly becoming more common for the six-pack of craft beer to come home with milk and bread.