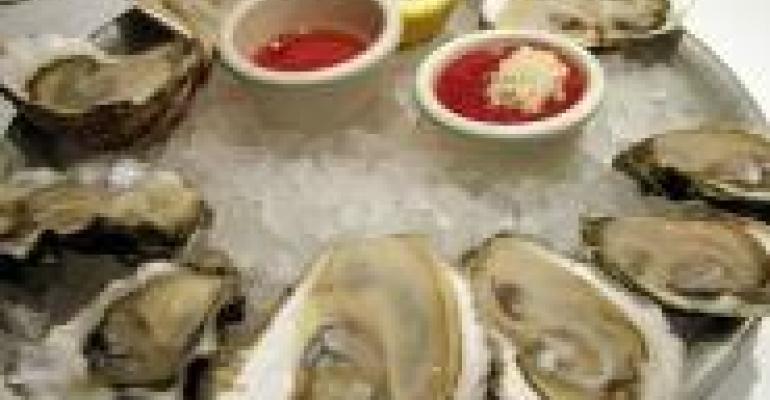 This probably isn’t the best time to be writing about oysters. I mean, it’s almost the end of June and there’s the old adage: Only eat oysters in months that contain the letter "R" (more on why in a minute). I will say it’s been so unpleasantly cool and rainy here in the Northeast that it certainly doesn’t feel like the start of summer.

But back to oysters. There was a piece of food-safety news that, as a raw bar fanatic, caught my eye. Food Technology Service, the Mulberry, Fla. firm that’s been on the forefront of food irradiation since the mid-1990s, just received approval by the state of Florida to begin irradiating oysters. The aim is to kill the pesky bacteria known as vibrio vulnificus. It’s a naturally occurring salt water bug that’s found in oysters during warm months.

Food irradiation has been approved for meat and poultry, eggs, and fruits and vegetables for some time now, though consumer attitudes haven’t changed much over the years. Recent studies show that most Americans still object to the process.

Yet, I think we’ll be seeing a renewed debate shifting in favor of irradiation in the coming year. With repeated outbreaks of food-borne illness, something has got to give. I know this blog is about health and wellness, but as we’ve said on these virtual pages many times before, what good is “wellness” if the food isn’t safe to eat in the first place?

I’m not necessarily a fan of irradiation, but if I can eat oysters year-round without fearing illness from vibrio vulnificus, well that’s something worth considering. Call me shellfish but I like the idea of year-round raw bars.

So much for the "R' problem. Historically, there were several reasons people avoided eating oysters in the summer. One was that they were more prone to bacterial infestation (as mentioned above). Another has been that oysters and other shellfish spawn when the water is warmer, a process that changes the consistency of the oyster (now we have carefully managed farms). The last reason was more due to man than nature: transporting oysters in the days before reliable refrigeration was itself a risky proposition, much less eating them.

Fortunately, even without irradiation, technology and our modern food industry has eliminated or greatly reduced most of the threats. So let's chop some onion, grate some horseradish, pour some malt vinegar and have at it.