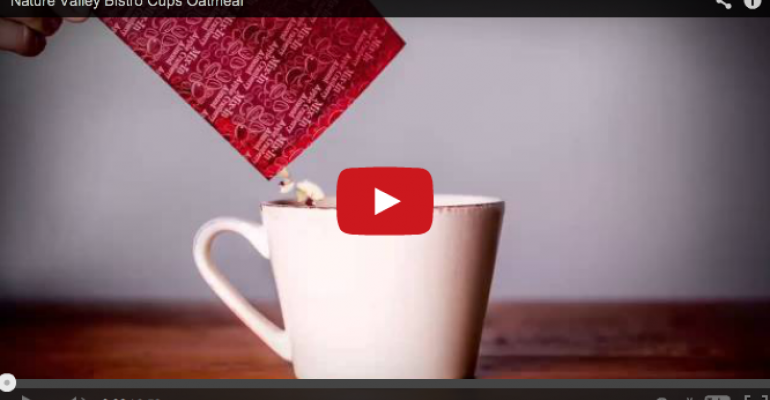 With its Nature Valley Bistro Cups Oatmeal, General Mills is the latest CPG company to capitalize on the single-cup brewing craze.

"We believe that there are many Keurig owners that like oatmeal and would eat it more often but it’s not been convenient for them," spokesman Mike Siemienas told SN. "[Bistro Cup Oatmeal] tastes great and are prepped with the touch of a button."

The product launched with Amazon.com this week, and will soon be available at a limited number of Sam's Club stores in the Northeast, said Siemienas. "We expect other mass merchandisers and grocery retailers that have well-developed Keurig businesses to begin offering the product later this year," he said. 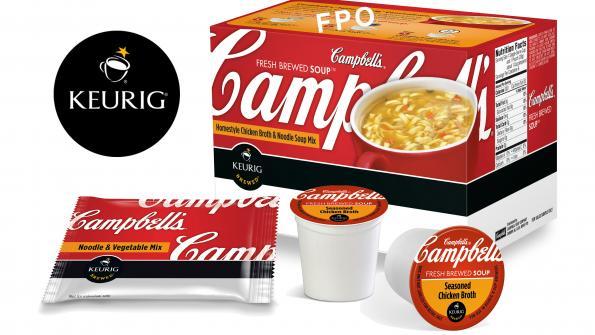 General Mills isn't advising retailers where  to merchandise the Bistro Cup Oatmeal, but when it introduced its Keurig-friendly soups last fall, Campbell Soup recommended they be placed in the coffee aisle.

Positioned as the first Keurig-compatible snack, Campbell's Fresh-Brewed Soup K-Cup Packs contain broth that can be brewed over a packet of dried vegetables and noodles.

Coca-Cola has also invested in the single-cup brewing trend. Earlier this year it agreed to purchase a 10% stake in Keurig Green Mountain (formerly Green Mountain Coffee Roasters). Keurig and its Keurig Cold product, which is being developed, will be the official maker of Coca-Cola's prepare-at-home beverage.

Tom Pirko, president of Bevmark Consulting, notes that the home beverage trend will likely cannibalize traditional sales of Coca-Cola, but that it's necessary for brands to continually reinvent products.

"You innovate or you die in this business," he said. "Making your own soda at home flies in the face of everything Coca-Cola wants to do because all of their economics are geared to these very sophisticated bottling and retail models where they get you to buy in 20-ounces and 2-liters. So this is sort of a concession but they want to see if the trend pans out because they don't want to be left behind."