Rite Aid began in 1962 as Thrif D Discount Center, a store in Scranton, Pa. The retailer became Rite Aid Corp. in 1968 after acquisitions expanded it to multiple Northeastern states. The company went public in 1970, joining the New York Stock Exchange. Rite Aid hit the $1 billion sales mark in 1983 as it fueled growth via acquisitions, passing 2,000 stores in 1987 upon acquiring 420 locations. The purchase of Perry Drug Stores in 1995 raised Rite Aid’s store count to over 3,000. In 1996, the acquisitions of Thrifty PayLess Holdings, Harco Inc. and K & B Inc. added another 1,000 stores in the West Coast and Gulf Coast regions, giving Rite Aid more than 4,000 stores. Rite Aid partnered with General Nutrition Companies (GNC) in 1999 in a licensing deal to offer GNC-branded vitamins and supplements departments in its drugstores.

Rite Aid’s biggest acquisition came in 2007 with the purchase of 1,854 Brooks and Eckerd drugstores from The Jean Coutu Group, which raised Rite Aid’s total locations to 5,160 stores. Rite Aid encountered difficulty integrating the Brooks-Eckerd stores, causing its business to suffer, downsize and fall behind rivals CVS Pharmacy and Walgreens. But an even larger transaction followed in 2015, when Walgreens Boots Alliance unveiled a $17.2 billion deal to acquire Rite Aid, which would have made the merged company the biggest U.S. drugstore chain, with more than 12,800 stores. But the Federal Trade Commission rejected the merger in 2017. To gain FTC approval, the companies later in 2017 downsized the deal to the sale of 1,932 Rite Aid stores to Walgreens. 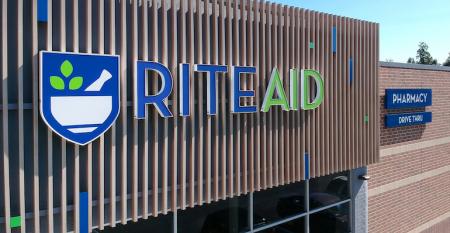 Instacart gets under way with 24/7 delivery
Sep 17, 2021
New service targeted at retailers with stores open at all or extended hours