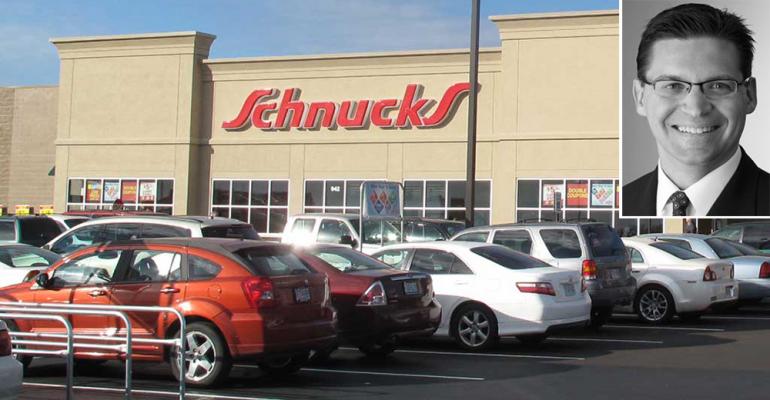 Schnuck Markets on Thursday said it has named David A. Peacock, a former president and dealmaker with Anheuser-Busch, to the role of president and COO.

The role of president/COO at Schnucks had been vacant since Anthony Hucker departed in late 2015. Hucker is now COO of Southeastern Grocers.

Schnucks described Peacock as an active community leader with a strong business background including 20 years with Anheuser-Busch. Peacock is also chairman of Vitaligent LLC, the largest franchisee of Jamba Juice with $61 million in sales and 78 stores in Northern California and Missouri. Peacock has served on Schnuck’s board of advisors since 2013.

“Dave’s entrepreneurial spirit, vision and drive, along with his extensive business background will help us set a strong course for the future,” chairman and CEO Todd Schnuck said in a statement. “His counsel and leadership on our company’s Advisory Board have been instrumental in positioning Schnucks for growth. Further, his commitment to St. Louis and the region is aligned with Schnucks’ commitment to superior customer experience and community support. Dave also has strong values and a leadership style that will fit well within the Schnucks’ culture.”

Among his duties, Peacock will manage procurement/merchandising, operations, marketing/communications and supply chain for Schnucks, which operates 100 stores in five states.

“This is a tremendous company and opportunity. Our teammates are focused on serving customers, delivering quality products and making Schnucks the best grocery shopping experience in the region,” Peacock said. “I am excited to work with Todd and his management team more directly on continuous improvement and innovation that will assure industry leadership, customer service and community support for the long term.”

In 2008, Peacock led the negotiating team for Anheuser-Busch during the merger with InBev — the largest all-cash transaction in history at the time.

Peacock joined Anheuser-Busch in 1992 and served many roles in management, finance and marketing. At various times, he led the financial planning, mergers and acquisitions, information technology, procurement and route-to-market development, as well as several groups within marketing. In 2007, he was named VP of marketing for Anheuser-Busch, and in that role led the revitalization of the company’s marketing approach.

Peacock is dedicated to the St. Louis community and region and he serves on the board of directors of several charitable and civic organizations. He is chairman of the St. Louis Sports Commission and is a member of the Pro Football Hall of Fame Board of Trustees. He is a member of St. Louis’ CityArchRiver Board, where he co-chaired the initial campaign helping raise $180 million for the new Arch grounds revitalization.

Peacock formerly served as chairman of the Beer Institute, the U.S. beer industry’s policy organization in Washington and was also previously chairman of the St. Louis chapter of the American Red Cross.

In addition to Vitaligent, Peacock is an investor in Crushed Red, an elevated fast-casual restaurant with locations in St. Louis, Denver, Columbia and Kansas City.

Peacock served as a member of Schnucks’ Advisory Board beginning in July 2013 and will give up that role in his new position.

A native of St. Louis, Peacock holds a bachelor’s degree in journalism from the University of Kansas. He also holds a master’s degree in business administration from Washington University in St. Louis, from which he received the Distinguished Alumni Award in 2009. He lives in St. Louis with his wife and three children.