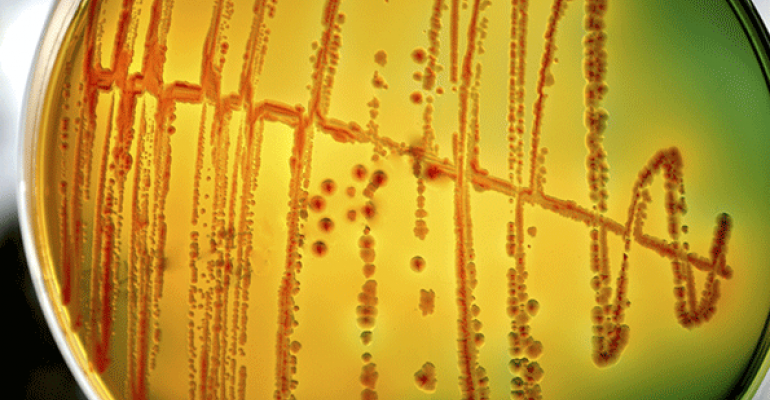 CDC data found infections from one type of E. coli and one of the more common types of salmonella decreased, while rates of some other foodborne illnesses rose.

Illnesses from Shiga-toxin producing E. coli 0157 fell 19% compared to 2011-2013 and 32% vs. the baseline of 2006-2008. A report on the findings attributes the drop to increased monitoring of infections, which allows outbreaks to be identified more quickly, as well as food safety improvements in the beef and produce industries.

However, infections from non-0157 STEC rose in 2014, which the report said is partly due to increased testing and identification.

"We are encouraged by the reduction of STEC O157:H7 illnesses, which reflects our science-based approach to beef inspection, and we look forward to seeing further reductions in salmonella and campylobacter infections as our improved standards for poultry take effect later this year," Al Almanza, deputy under secretary for food safety at USDA, said in a press release.

The CDC found infections from salmonella Typhimurium decreased 27% compared to 2006-2008 and showed further declines from 2011-2013. At the same time, illnesses from salmonella Javiana and Infantis have increased, so overall rates of salmonella in 2014 were unchanged.

“We’re cautiously optimistic that changes in food safety practice are having an impact in decreasing E. coli and we know that without all the food safety work to fight salmonella that more people would be getting sick with salmonella than we are seeing now,” said Robert Tauxe, deputy director of CDC’s division of foodborne, waterborne and environmental diseases.

The data come from the CDC’s Foodborne Diseases Active Surveillance Network (FoodNet), which tracks nine common foodborne pathogens in 10 states and monitors trends in foodborne illness in about 15 percent of the U.S. population.