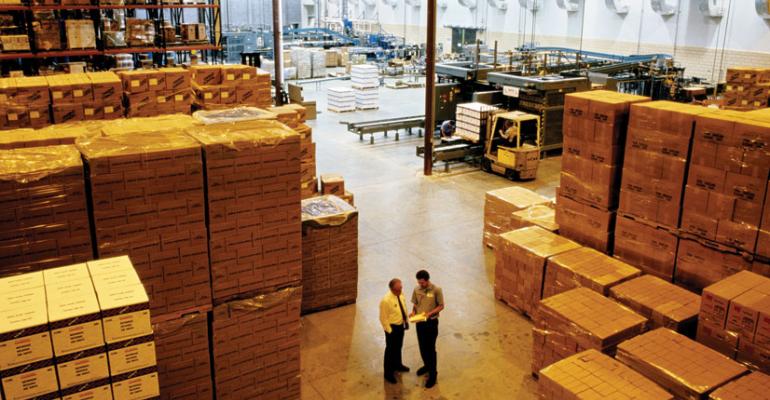 While food safety is often top of mind for consumers, much of the attention centers on the farm or processing facility and the store. But what about all the stops along the way?

For many retailers, before food reaches store shelves it passes through warehouses or distribution centers. Though not often in the spotlight, these facilities play an important role in ensuring the safety of the food retailers sell.

Current food safety practices at warehouses and distribution centers focus on employee training and a strict adherence to protocols, and some retailers are looking ahead to what changes they will need to make as part of the Food Safety Modernization Act rules.

The on-the-job training is tailored to each position.

“So if they were a receiving clerk for perishables, for example, then they would need to complete a food safety course on how to calibrate thermometers and accurately measure temperature,” said Kim Lamborn, vice president of environmental affairs and food safety.

“Clerks and receivers are trained on expiration/best-by dates, lot information that suppliers use. They’re also trained on acceptable temperatures for perishables for in-bound freight. They are trained in inspecting goods for contamination, compromised packaging integrity and pest issues.”

Online coursework is mainly assigned from the corporate office and culminates with an examination to ensure workers have learned the materials, Lamborn said.

“Like for example, if we put a new piece of equipment in place in the DCs, then that integrated pest management company would go out and effectively train people how to use those services, how to monitor them, if there’s an issue when to call them, that sort of thing,” said Lamborn.

“Too many times we have companies that may hire a pest control company, for example, to do their pest control, and they tend to fully delegate that when it has to be a cooperative effort among the warehouse operator and the pest control company for controlling those pests to be successful,” said Prince, who has 40 years of industry experience, including as director of corporate regulatory affairs at Kroger Co.

Prince said it’s also essential to verify that warehouses are conforming to food safety protocols, such as by “having an inspection program both within the warehouse on a regular basis but also the use of a third party to give you an additional set of eyes to review your performance,” said Prince.

Similarly, Giant-Carlisle conducts its own in-depth sanitation inspections at its perishable distribution center, or PDC, every three months, said spokesperson Chris Brand. “And then as the cherry on top, we bring in a third-party review on an annual basis for food safety and sanitation.”

Many members of the quality assurance team started out in Giant’s stores, and some have worked for the company for decades.

The retailer also has a separate team of employees to monitor sanitation of the PDC itself.

In addition to the PDC, Giant has a cross-dock facility in Richmond, Va., where food is transferred but not stored.

“So that helps us, because we have 24 stores in greater Richmond and then we have the one in Williamsburg,” said Brand.

“We don’t store anything in those depot systems. So items are received very early in the mornings and they’re cross-docked to outgoing trucks. So the depot will fill up, and then by two in the afternoon the depot is empty again,” said Craig Wilson, Costco vice president of quality assurance, food safety and merchandise services.

Food safety was a consideration in choosing the depot system, Wilson said.

“If we’re receiving and maintaining temperature correctly, and we keep everything at a very, very high level of sanitation — and that includes air quality and building sanitation — we tend not to have food safety issues within our depots,” said Wilson.

Since products are stored at its DCs, WinCo keeps careful track of when different items enter its facilities so they can be shipped out to stores in a timely manner.

As diligent as retailers are with food safety at warehouses and DCs, the looming FSMA rules have caused some to beef up their protocols.

“We’ve been very engaged in the process of evaluating the progress of FSMA. There are a number of employees that work for WinCo that are on different groups that are monitoring progress with that,” said Lamborn.

WinCo already has plans in place for “key personnel” to receive hazard analysis and critical control points certification because HACCP plans are part of the proposed rules, she said.

The HACCP-certified employees will be able to monitor plan implementation and sign off on paperwork, said Lamborn.

The retailer has also put in place some of the requirements needed for a HACCP plan.

Other retailers feel confident current practices will be enough to comply with the new rules.

“We’re really fortunate in that we probably won’t be changing much at all,” said Costco’s Wilson.

“The latest proposed rule out under FSMA is the foreign supplier verification program, and the major responsibility here will be on the importer of record that brings it into the U.S.,” said Prince.

Whatever changes FSMA brings, retailers stressed that food safety is always one of their top concerns, at warehouses and DCs or elsewhere.

CARLISLE, Pa. — Giant-Carlisle’s 483,000-square-foot perishable distribution center, or PDC, handles the intake and transport of fresh food for 200 stores on a daily basis, but the massive space also can serve other purposes.

The retailer put the warehouse to use as a staging center when it acquired a group of Genuardi’s stores in 2012.

“And we had 15 stores we had to convert in three weeks. What we did is we staged everything for the stores in the perishable distribution center, in that warehouse,” said Giant spokesperson Chris Brand.

“Since it was every three weeks, we created five stores worth of stuff in [that] perishable distribution center for each wave of the conversions.”

The PDC also stores emergency supplies, such as water, for use in the event of a catastrophe, like a hurricane.

When Hurricane Sandy hit last fall, Giant was able to keep all its stores open, even though a few of them lost power.

“But we also did have some stores that were impacted in eastern Pennsylvania. And so certainly having a PDC that was in full operation during that particular crisis, that was a great part of the success of not closing any of our stores,” said Brand.