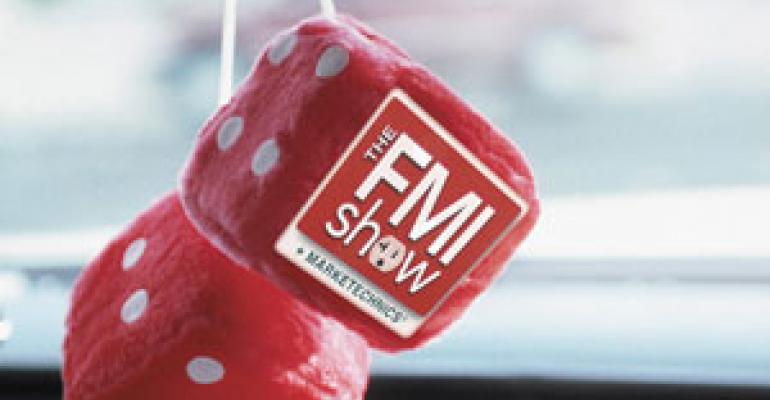 CHICAGO Food Marketing Institute is taking steps to shore up the industry's approach to food safety problems in light of the recent outbreak of contaminations affecting spinach, lettuce, peanut butter and pet food, all of which resulted in major product recalls. The association has formed a new food safety task force to implement guidelines in the event of a food safety crisis; it has released a new

CHICAGO — Food Marketing Institute is taking steps to shore up the industry's approach to food safety problems in light of the recent outbreak of contaminations affecting spinach, lettuce, peanut butter and pet food, all of which resulted in major product recalls.

The association has formed a new food safety task force to implement guidelines in the event of a food safety crisis; it has released a new set of standards for leafy greens and safety audit standards for farm-raised salmon; it is urging grocery buyers to make sure their suppliers are certified under the Safe Quality Food program; and it is educating consumers by rolling out the “Be Food Safe” campaign.

Recent tainted food scares have shaken consumer confidence in the safety of the nation's food supply, according to FMI's Shopper Trends 2007 report, some findings of which were presented during the Speaks presentation during the FMI Show here last week.

The report found the number of consumers “completely” or “somewhat confident” in the safety of supermarket food declined from 82% in 2006 to 66% this year. This was the lowest score since 1989, when pesticides in apples and contaminated grapes made headlines.

Confidence in food safety at restaurants fell even lower, to 43%.

“You don't see this change in consumer polling in one year. The change is dramatic. The fact that restaurants are worse doesn't give us any comfort. In fact, when restaurants have problems and you see Taco Bell in New York with rats running around, this resonates with consumers on all the food they buy,” Hammonds told attendees.

The report did not find major shifts in any one sector the public holds responsible for food safety. However, an increased number of shoppers point to food processing and manufacturing plants as the place where they feel food safety problems are most likely to occur. This percentage is up from 32% in 2006 to 45% in 2007.

Restaurants and grocery stores are both mentioned less frequently as a likely source, but farms are up for the first time in years, from 1% to 6%.

Besides being leery about food safety in supermarkets, consumers may also question the effectiveness of the Food and Drug Administration to maintain a safe food supply, according to Hammonds.

He urged the industry to go on the offensive with food safety and be ahead of the media on safety information and product recalls.

FMI's report notes that television is the most trusted source for six out of 10 shoppers for providing information about food safety issues. Grocery stores scored low, at only 2% of shoppers. An opportunity therefore exists for food retailers to become a more widely used and trusted source when it comes to food safety information.

Hammonds said the product recall process is broken and needs to be fixed. “What happens is, the FDA issues a recall after the stock market closes on Friday, and they send it out to the media first. As grocers, you hear about it driving home from work while the TV cameras are already on their way to your stores to see if you pulled the product.”

Hammonds called for a conference that brings all industry sectors and key players together to discuss how the recall process can work better and more efficiently.

During an FMI board meeting prior to the start of the trade show, a food safety task force, chaired by Danny Wegman, chairman and CEO, Wegmans Food Markets, Rochester, N.Y., was formed to put in place strategic guidelines on food safety issues, which includes responses to product recalls.

FMI said it has an obligation to educate the public on safe food handling practices as well. It is transitioning from its Fight BAC! program, which has been aimed at informing kids on safe food handling practices, to the “Be Food Safe” campaign, which FMI launched last week to better inform adults on such practices. The “Be Food Safe” logo depicts four key food safety tips: clean, separate, cook and chill. Using the logo in-store or on packaging can be a positive reminder of the importance of handling food safely, said Hammonds.

“Be prepared to educate consumers on what they can do themselves to be sure food is as safe as possible,” he added.

Food safety is everyone's responsibility, and no one sector can do it alone, including the U.S. government or the state of California, Hammonds said.

“Remember, we don't want to be so far out front that consumers start thinking we are the total solution. We have to recognize it is farm to table, and it does include government. There will be folks in Congress who will try to write bills on this without really understanding the consequences. We need to act on this,” he said.

*Either short term or permanently.

The headlines on foodborne illnesses have moved in the past year from meats to produce and pet food, causing consumer confidence in the nation's food supply to plunge. Here are the major incidents:

Spinach, September 2006: The FDA issued a warning to consumers about an outbreak of E. coli in multiple states linked to the consumption of produce, specifically bagged spinach. In the weeks that followed, 199 cases of illnesses were reported, including 31 cases of Hemolytic Uremic Syndrome (HUS), a form of kidney failure, 102 hospitalizations and three deaths, all due to E. coli. In all, 26 states were affected.

Lettuce, December 2006: Health authorities tried to pinpoint the source of outbreak of E. coli illnesses linked to Taco Bell restaurants in the Northeast. There were about 71 confirmed cases in five states, of which 76% required hospitalization and 12% developed HUS. After green onions were discounted as a suspect, the culprit appeared to be shredded iceberg lettuce, according to the FDA.

Peanut Butter, February 2007: The FDA issued a warning to consumers not to eat Peter Pan peanut butter or Great Value peanut butter because of Salmonella Tennessee, a bacterium. It was reported that 425 people in 44 states were infected with the strain, causing 71 people to be hospitalized.

Pet Food, March 2007: Canadian manufacturer Menu Foods recalled over 100 dog and cat food brands after reports the food was causing animals to get sick and, in some cases, die. Contaminated wheat gluten imported from China, which contained melamine, was thought to be the source of the contamination. The investigation is ongoing, and other pet food manufacturers have since issued recalls of foods made with rice protein containing melamine.
— C.V.