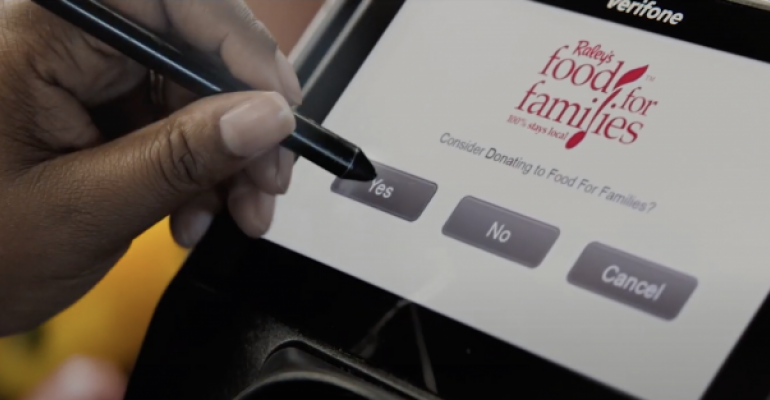 West Sacramento, Calif.-based Raley’s raised over $3 million throughout the 2020 holiday season with its Food For Families Annual Holiday Drive — an increase of 43% in donations year over year. It was the largest amount ever donated in the retailer’s 35 years of hosting the event.

The donations, which came from customers in-store and online between November 2 and December 31, will provide more than 3 million meals for those suffering from food insecurity in the chain’s markets of northern California and Nevada.

“The generosity we have seen this past year within the communities we serve is incredible,” said Becca Whitman, executive director of Raley’s Food For Families. “It is no secret that 2020 was an especially difficult year, so we cannot thank our customers enough for their outpouring of support to help their neighbors in need during even the toughest of times. They are the ones who truly deserve the recognition.”

Raley’s Food For Families works year-round to alleviate hunger locally by partnering with 12 regional food banks. This year’s Annual Holiday Drive was especially important because these food banks, which typically serve 1.4 million food-insecure individuals each month, saw an increase of an average of 95% in those using their services in 2020.

While this year’s Annual Holiday Drive has ended, Raley’s continues to accept donations year-round at checkstand PIN pads at all store locations and online to support Food For Families. Donations stay local to aid the communities in which they were made, and Raley’s covers all administrative costs for Food For Families, ensuring 100% of donations benefit food bank partners and those in need.

Raley’s Food For Families began as a holiday food drive in 1986 and was founded by co-chairman and owner Joyce Raley Teel and CEO emeritus Charles Collings. Over the past 35 years, the organization has raised over $42 million and 40 million pounds of food for needy families.