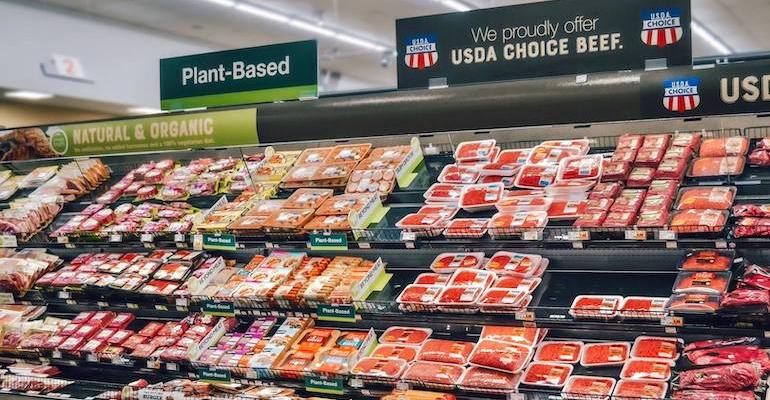 Sales of plant-based meat climbed 23% when those products were merchandised in the conventional meat section, according to research by the Plant Based Foods Association (PBFA) and The Kroger Co.

In a 12-week pilot program, conducted from December 2019 through February 2020, refrigerated plant-based meat was placed in a three-foot set in the animal meat department at 60 Kroger Co. stores in Colorado, Indiana and Illinois. Kroger announced the test by sending an email to 1.8 million targeted shoppers that informed them of the new plant-based set, including a link to a dedicated website with educational information and recipes.

The Colorado test, which involved a more developed plant-based foods market, was held at King Soopers stores. In Indiana and Illinois — where plant-based foods aren’t as popular — the pilot took place at Kroger Central Division stores. 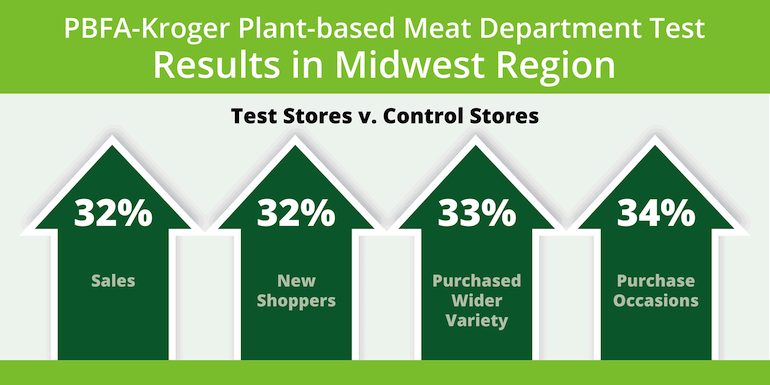 “This test provides one more proof point that plant-based meats have moved from niche to mainstream,” according to Sean Brislin, merchandising director at Kroger. “Kroger continues to experience double-digit growth in the plant-based category, and this test demonstrates the viability of shifting product placements to reach even more customers. We thank the Plant Based Foods Association for partnering with us on this insightful merchandising research project.”

“This research proves that it is important for retailers to place plant-based meat where shoppers expect to find it: in the meat department. Other retailers are sure to make this change with this new data in hand,” Julie Emmett, senior director of retail partnerships at PBFA, said in a statement. “The increase in sales in the Midwest demonstrates there is tremendous opportunity for plant-based meats to succeed everywhere, including in the nation’s heartland.” 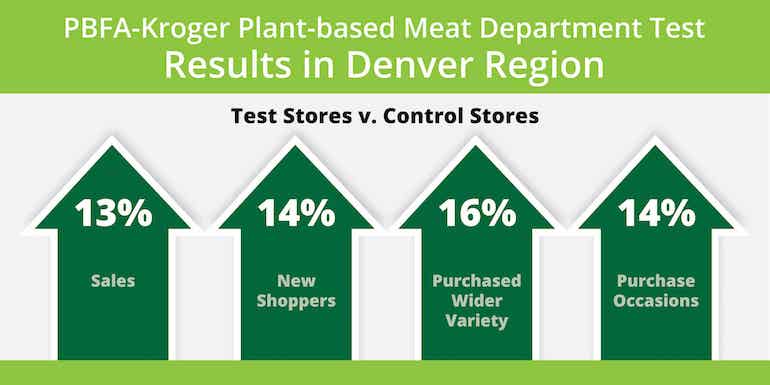 According to the latest data from Kroger, plant-based meat sales activity has risen. From March to June 2020, Kroger increased its plant-based meat customer count by more than 50% versus a year earlier. These shoppers also purchased more often and in bigger quantities than they did previously, which fueled sales growth of more than 75% during that time span.

“As plant-based meat sales continue to grow, with sales increasing even more rapidly compared to pre-pandemic levels, this research becomes even more compelling for retailers to locate plant-based meats in the meat section if they want to maximize sales by reaching more consumers,” stated Michele Simon, executive director at PBFA.

PBFA noted that Kroger’s trends reflect overall growth in the U.S. plant-based food market. Plant-based meat sales jumped 61% in post-COVID-19 panic buying through the end of April, more than twice as fast as the growth rate for animal-based meat, the association said.

During the panic-buying period, plant-based meat saw the largest increase among plant-based food categories, with retail sales surging 148% in mid-March from a year ago, based on data from PBFA and SPINS.

In 2019, the U.S. market for plant-based foods reached $5 billion, up 11.4% year over year, according to PBFA and The Good Food Institute. Plant-based meat was the second-largest category and one of the fastest-growing segments, totaling sales of $939 million, up 18.4% from 2018.