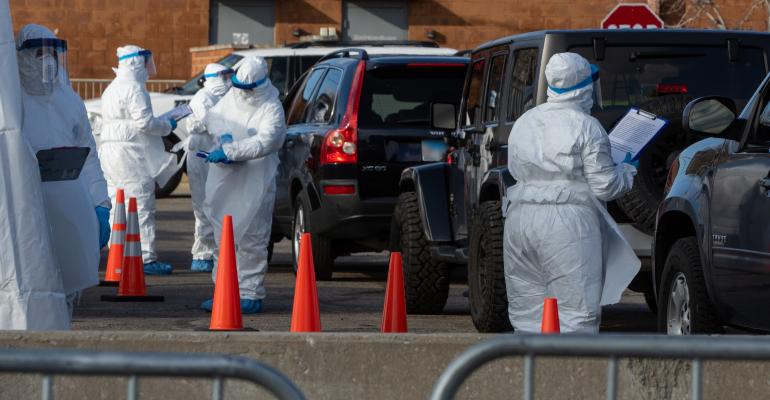 Walmart
For the COVID-19 test sites, Walmart is working with the U.S. Department of Health and Human Services (HHS), lab partners Quest and eTrueNorth and local officials.
Issues & Trends

Walmart is ramping up its rollout of drive-thru testing sites for coronavirus, with a goal of reaching 100 locations by the end of May.

Since launching two COVID-19 test sites for first responders and healthcare workers in Walmart Supercenter parking lots in the Chicago area about a month ago, Walmart now supports 20 testing locations in 12 states. The Bentonville, Ark.-based retailer said yesterday that, to date, almost 13,000 people have been tested at one of those sites, and that it’s “opening more every day.”

Plans call for Walmart to open about 25 more test locations this week. The company said that, given adequate laboratory capacity, it expects to surpass 100 sites by the close of next month, which would enable 20,000 tests weekly.

“We started 45 days ago, as did everyone else, and we’ve been operating sites for a while now,” McMillon said at yesterday’s White House conference. “We’re now up to 20 sites across 11 states. By the end of next week, we’ll be to 45, and by the end of May, we’ll be at 100.”

Walmart’s CEO also noted the support of Trump and Pence, who asked him if the retail giant could help the nation boost its supply of much-need personal protective equipment (PPE) for healthcare workers.

“A few weeks ago, Vice President Pence and I were in a distribution center in Virginia, a food distribution center. He was kind enough to come and thank our associates for us there, which is much appreciated,” McMillon said. “And the president and vice president were speaking on the phone about surgical gowns, and the president asked if we could put in an order for millions of surgical gowns. We don’t normally buy those, so I wasn’t sure if we were going to be able to do that. But I’d like to thank our apparel team, and [pharmaceutical and health care distributor] McKesson in particular, for partnering with us. We’ve been able to, in the month of April, secure an additional 2.5 million surgical gowns. And by the end of May, we’ll have an additional 6 million available to help.”

For the COVID-19 test sites, Walmart is working with the U.S. Department of Health and Human Services (HHS), lab partners Quest and eTrueNorth and local officials. Individuals don’t have to pay for the tests, which are covered by HHS and health insurance, Walmart said, and the tests have shifted from pharmacist-assisted nasal swabs to self-administered nasal swabs, observed by pharmacists.

“We are certainly not alone in supporting these sites. These sites reflect a coordinated partnership with our lab partners, local and state officials — especially the mayors and governors who have worked hand-in-hand with us — and HHS. Each site is supported by Walmart pharmacists who are paid volunteers; staff from our lab partners; security/law enforcement from the local community or state, including the National Guard; and volunteers from Remote Area Medical,” Dan Barlett, executive vice president of corporate affairs at Walmart, said in a blog post yesterday.

“The model is working, but we continue to innovate and expand as we work to help more people, especially those in underserved areas,” he explained. “Once again, we tasked our team with finding a solution. This week, Walmart is adding mobile testing sites to this critical mission, launching units in Georgia, Alabama and Kansas to better meet the needs of underserved populations and expand access to tests to even more Americans. These mobile units will bring drive-thru testing to several communities in each state, rotating between three to four different locations over the course of a week.” 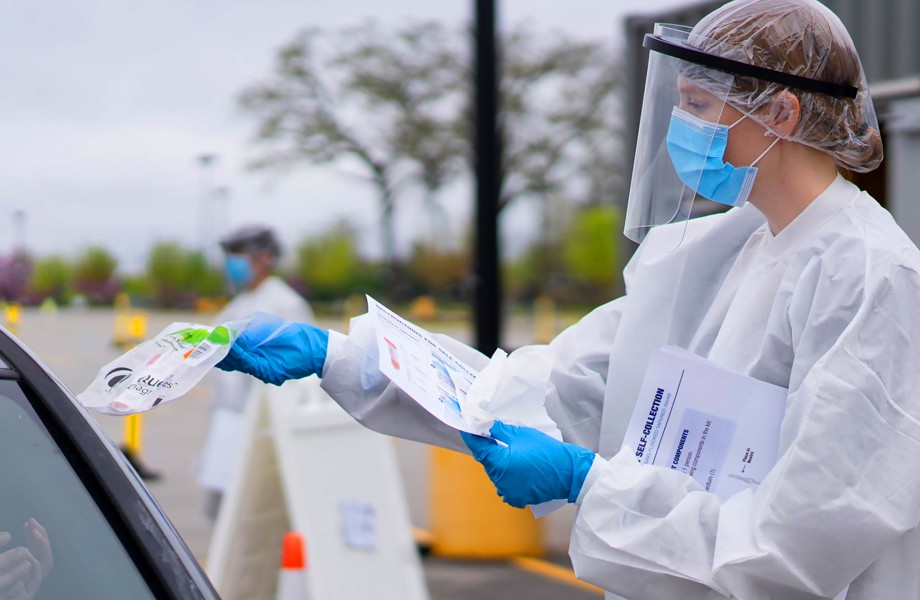 Since launching two COVID-19 test sites for first responders and healthcare workers in Walmart Supercenter parking lots in the Chicago area about a month ago, Walmart now supports 20 testing locations in 12 states.

In the next phase, Walmart aims to leverage its more than 4,000 U.S. pharmacies to distribute and collect tests at a much greater volume, according to Bartlett. This will be key with the emergence of new tests, such as nasal and saliva tests to identify if a person has the coronavirus and blood-based (serology) tests for COVID-19 antibodies, he noted.

“Imagine going online, scheduling a test through our lab partners, pulling up to your local Walmart at your scheduled time, parking in your assigned spot and having our pharmacist greet you. You take a nasal or saliva test while you remain in the car, and the test is sent to the lab for processing. For serology tests, perhaps you could even have your finger stuck by a pharmacist, similar to a test for blood glucose and cholesterol levels, to understand whether you have antibodies to the virus,” Bartlett said.

“We are working now on how we might make this a reality. But that reality depends on many factors, including test availability, the approval of new tests by the FDA or approval of tests for broader types of use, whether state boards of pharmacy will expand the roles that pharmacists are allowed to play and other considerations as we coordinate with state and local officials,” he added. “Because we will have eliminated many of the barriers inherent in setting up large testing sites (e.g. security, use approvals, identifying needs), we can flex to rural, urban, metro, suburban and target underserved communities and hotspots going forward. Ultimately, we believe this new approach will allow us to be nimble, introduce new tests as there are advances and, over time, ramp up to even greater numbers.”

Besides teaming up with McKesson, the nation’s biggest health care supplier, Walmart also has partnered with Salesforce and State Farm to provide 1 million masks, 100,000 gloves and 100,000 shoe coverings to health workers in Michigan and Louisiana. In New York City, Walmart also donated about 50,000 masks to hospitals, while in California the retailer donated approximately 3,600 masks to medical centers in underserved Los Angeles County communities. Bartlett said L.A.-area stores had found masks in their storage rooms left from last year’s wildfires.

“We are very proud of the work completed to get us to 45 sites, but we are anxious to do more and serve more communities where we are located — 90% of the U.S. population is within 10 miles of a Walmart,” Bartlett said. “To really accelerate our progress, we need to connect our next phase of testing with one of our core businesses: running a pharmacy.”