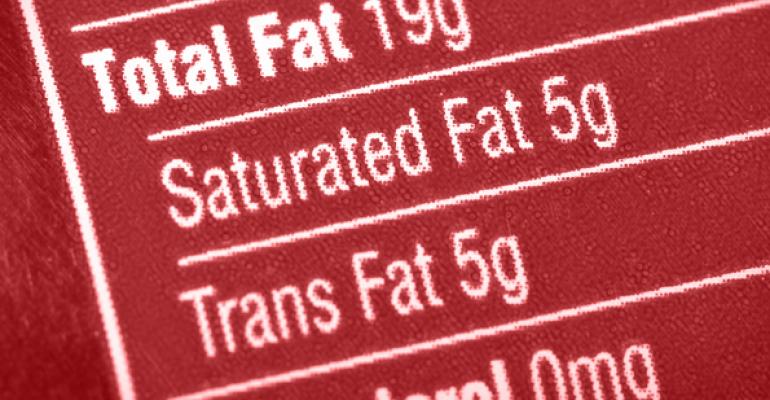 WASHINGTON — The Food and Drug Administration today announced plans to revoke the “generally recognized as safe” status for partially hydrogenated oils, the main source of artificial trans fat, based on their negative health effects.

“This determination, which is based on available scientific evidence and the findings of expert scientific panels, is an important step towards removing harmful trans fat from processed foods and will also allow adequate time for food manufacturers to reformulate products using alternative ingredients,” FDA Commissioner Margaret Hamburg said in a media briefing.

During a 60-day comment period, members of the industry can submit input on a possible timeline for phasing out trans fat before FDA issues a final determination.

The agency arrived at this decision in part based on findings from the independent Institute of Medicine, which has determined that trans fat “provides no known health benefits and there’s no safe level of consumption of artificial trans fat,” Hamburg said.

Eliminating trans fat from foods could prevent up to 20,000 heart attacks and 7,000 coronary deaths each year, according to the Centers for Disease Control and Prevention.

“We are inviting comments on what would be an appropriate phaseout, and that timeline will be determined based on the comments we get,” said Mike Taylor, FDA’s deputy commissioner for foods and veterinary medicine.

“There’s been a lot of demonstration that it’s technically feasible to do this in virtually all categories of foods. We know that there are technological differences among categories of foods and we’re inviting on comment of that,” he added.

Once a final ruling is made and partially hydrogenated oils are no longer considered GRAS, companies would need to petition FDA in order to continue using them in food products.

The companies are the ones who determined that partially hydrogenated oils were GRAS as they began using them in food products over the past few decades, Taylor said. FDA had not made any previous rulings on the “vast majority” of these oils.

Taylor said it would be difficult to compare the changes industry would need to make to any previous FDA actions regarding the removal of certain food additives, such as artificial sweeteners.

“These oils have played some important particular functions in the food supply,” said Taylor.

The Grocery Manufacturers Association issued a statement acknowledging the industry’s actions on trans fat in recent years while remaining neutral about the FDA’s decision.

“Through our efforts at product reformulation and the development of suitable alternatives, trans fats that are not naturally occurring have been drastically reduced in the food supply.  Since 2005, food manufacturers have voluntarily lowered the amounts of trans fats in their food products by over 73 percent. Consumers can be confident that their food is safe and we look forward to working with the FDA to better understand their concerns and how our industry can better serve consumers,” the statement said.

Though today’s announcement is preliminary and subject to public comment, it seems likely FDA will move forward with a trans fat ban.

“Life has many uncertainties, but we are on a clear track,” said Hamburg.

“Following the 60-day comment period, we will review the comments, and we intend to make a final determination,” she added.