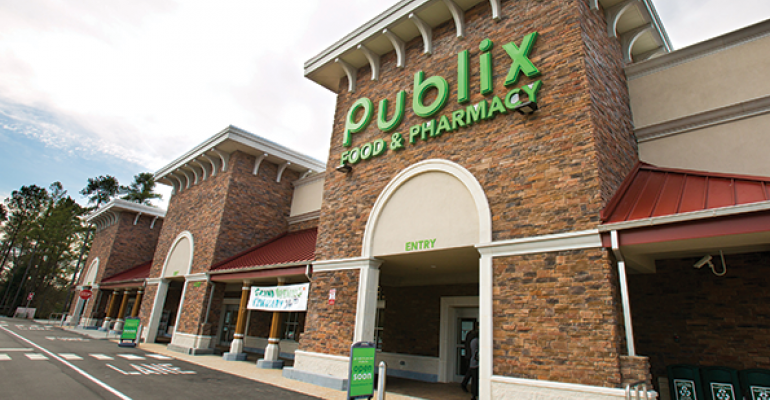 The Power of Pleasure at Publix

Organic growth in the supermarket business is a rare thing these days and for good reason: It often doesn’t work.

In a mature industry saturated with long-standing local brands and strained amid competition from alternate formats, there simply is too little space to accommodate new names — not only in the sense of physical locations, but also in the minds of consumers. The expense of pioneering new markets — building stores, scale to service them efficiently and the resources required to launch successfully — is also a deterrent to organic growth. As a result, supermarkets intent on conquering new territories have tended to buy their way in, often adopting the legacy brands they acquire, even as history has proven that too can be a risky endeavor. 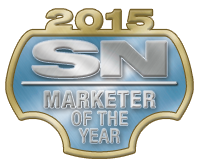 SN’s Marketer of the Year Award is presented annually to a supermarket that has demonstrated innovation and success. Publix Super Markets is this year’s recipient, based on an enduring brand and its ability to expand organically into new markets.

Publix Super Markets is not immune to such considerations but has overcome many of them as it bucked prevailing trends and successfully expanded from its Florida base, operating stores today in Georgia, Alabama, Tennessee, South Carolina and most recently, establishing a new  division in North Carolina.

What advantage does  Publix have in growing to new locations that others might not? A successful established business providing the means to expand is one. A unique and resilient brand imported from that base is another. Expressed through stores with a distinct look and feel, maintained by a company culture emphasizing employee engagement and customer service, and proven time and again through financial results enabling growth, Publix is SN’s 2015 Marketer of the Year.

As Publix seeks growth in new markets — specifically in North Carolina, which spokeswoman Maria Brous noted was the most requested by customers and by Publix associates — the company is encountering a mix of those who know the brand from visits to neighboring states and those to whom Publix is brand new. While the message to both groups is nearly identical, Publix will emphasize certain elements of its brand more in new markets than in an established base.

“Our message remains consistent in connecting on an emotional level with our customer and our potential customers,” Brous explained. “But sharing our culture becomes more important. In newer markets, we highlight our Publix Guarantee more and promote that we don’t have a loyalty program — that every customer deserves the best we have to offer.”

To aid the expansion in North Carolina, the company produced an ad campaign including a website — nc.publix.com — which spells out the company’s differences in a way that might seem redundant for those in Winter Haven, Fla. The aforementioned Publix Guarantee — “We will never knowingly disappoint you,” offering a money-back refund for all purchases — is prominent — as is a message about the company’s culture including its reputation as a place to work.

Publix officials say creating additional opportunity for employee-owners is in fact one of the main motivators for it to seek new markets. Those workers in turn help to ensure the chain brings a similar feel to stores in new markets.

At the same time, Publix has engaged in market research, making sure it understands the demographics, growth potential and  competitors in the regions it will encounter, Brous said. The company’s move to establish a division in Charlotte, N.C., for example, was in the  local rumor mill for years. Now that it is opening stores there,  officials have been careful to include product selections to appeal to local populations.

"We also invite the customer to give us a try and see the Publix  difference. We build excitement leading to the grand opening and invite our  community partners to experience who we are. Word of mouth spreads very quickly.”

Publix as of late last year had seven stores open around the greater Charlotte area, with eight new stores planned throughout 2015. It also operates a single store in Cary, N.C., in the Raleigh-Durham market and was seeking approval for additional units, although no deals have been announced yet.

While Publix eschews a  loyalty card the company  maintains what Brous called “very intimate” relationships with shoppers through other means of connecting  including social media and  interaction with employees in stores. A price message is  carried through various  coupon programs and BOGO deals aimed at providing  shoppers values that in concert with service, store conditions and product quality carry a powerful value message.

“Our goal is to offer our customers the best overall value for their experience. We provide customers with great service, quality products at competitive prices. We want to bring our customers the best value and work  extremely hard with our  suppliers to ensure we’re  providing that value. In addition, we have an  extremely generous coupon policy, [around 35] stellar  buy-one, get-one-free deals each week, [and] provide coupons in-store. We want our customers to feel the experience and save money at the same time.”

'Where Shopping is a Pleasure'

According to Laura Ries, president of Atlanta-based brand consulting firm Ries & Ries, one of the most admirable aspects of Publix’s marketing approach is the discipline exhibited in sticking to its  tagline — “Where Shopping is a Pleasure” — in a field where temptation to change is part of the job.

“What CMO wants to use the same tagline year-in and year-out? It’s more fun to have meetings and hire agencies and try new creative,” she said. “To stay with a message the way Publix has takes an  incredible amount of  discipline. Marketers in this age want to change, change, change, and feel in some ways that their legitimacy as a marketer is to come up with something new and different if only to show that they’re working.”

Indeed, Publix’s iconic  slogan has been around longer than Allstate’s “You’re in Good Hands.”

The phrase itself dates back to Bill Schroter, who started as a part-time worker at Publix in 1938 and joined the company full-time in 1949 after serving in the U.S. Army. At the time, Publix stores were identified by the slogan “Florida’s Finest Food Store” — a phrase that Publix had acquired when it bought rival All-American stores a year earlier.

According to company history, Schroter felt the slogan was self-congratulatory, saying little about the company’s offering to customers. When he expressed his alternate idea to George Jenkins, the Publix founder “thought about it for a few minutes then said, ‘Let’s do it,’” according to the  company. That was in 1954.

“When you have a slogan like that, that really locks into your identity, the best thing you can do is just lock into it and repeat it consistently.  Consistency is a huge part of building a strong brand,” Ries told SN. “Had they said it once, or even from three or four years, it would never have made the impression it made by using it for over 50 years.”

That Jenkins would  respond positively to such a brand promise was understandable inasmuch as it captured the idea of customer service he felt the chain should be about from the beginning.

Jenkins is credited with introducing customer friendly innovations to grocery stores including electric-eye doors, air conditioning and parking lots — the latter famously including angled spaces at 10-foot widths, allowing for easier parking and more room for shoppers to load cars and children. According to a company history, Jenkins embraced such conveniences as a means of keeping customers engaged with the store as the food retailing industry moved toward self-service and its potential to interfere with the relationship between shopkeeper and customer that marked the  format’s origins.

“From the beginning the customer coming first at Publix was not simply about customer satisfaction with a product or a price, but customer pleasure while shopping in a Publix store,” according to Joseph W. Carvin, writing in his book “A Piece of the Pie.”

“Our leadership has been known to say that we need to be really good at two things — quality and value — and the best one: service,” Brous told SN. “For more than 84 years we have been focused on delivering premier service to our customers and associates.”

With sales of around $30 billion and more than 1,000 locations today, Publix is more than three times the size it was when Jenkins died in 1996. VP Mark Irby heads a large in-house marketing and adverting department. Asked about the role of marketing today, Publix responded: “As with all of our departments within Publix, it is our responsibility to connect with our customers and to protect and promote our Publix brand. Our customers entrust us with some of the most important occasions in their lives. It is our responsibility to deliver on our service proposition and provide value unique to Publix.”

Specifically, Brous noted, marketing seeks to reinforce the service attributes that set aside Publix from its competitors. This requires that the company execute on those attributes each day, and it’s that consistency that impresses observers.

“Their stores are well cared-for and well designed and they’ve done a very good job keeping it all consistent, which is a hard thing to manage,” Ries said. “You can go into one Kroger and see conditions very different from the next one.