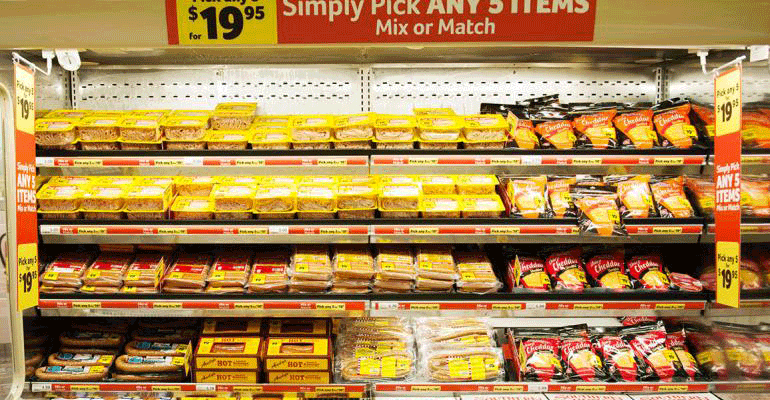 Southeastern Grocers said Wednesday it would expand its discount Harveys Supermarket brand to another seven Winn-Dixie stores in Florida, including the brand’s debut in the Central and West Florida markets.

Southeastern acquired Georgia-based Harveys brand from Delhaize America in 2013, and subsequently refreshed the chain behind new assortments and positioning with appeal to price-conscious shoppers. The company also expanded the brand to select locations of Bi-Lo and Winn-Dixie stores also owned by Southeastern.

The conversions are expected to take place in early August and will result in each of the changing stores to close for one day. Following the change, Southeastern will operate about 465 Winn-Dixie stores and 77 Harveys stores, a spokesman told SN Wednesday.

Numerous Winn-Dixie locations in South Florida have in the meantime transitioned to the Fresco Y Mas banner, which shares the bright yellow interior design, but with assortment and service departments geared toward Hispanic shoppers.

“By listening to customers throughout respective communities, the company tailors each new Harveys Supermarket store to meet the needs of the communities it serves, with a focus on great value, stunning quality food and serving with personality,” Southeastern said in a statement.

The following locations are set to switch:

For at least some of the stores, the move to the Harveys brand will introduce the fourth banner the same locations have operated under since 2004. The Tampa store, for example, was Kash & Karry banner operated by Delhaize, until Delhaize refocused it for its Sweetbay brand. Southeastern acquired Sweetbay in 2003 — the same deal in which it also bought Harveys — and rebranded those stores under Winn-Dixie.