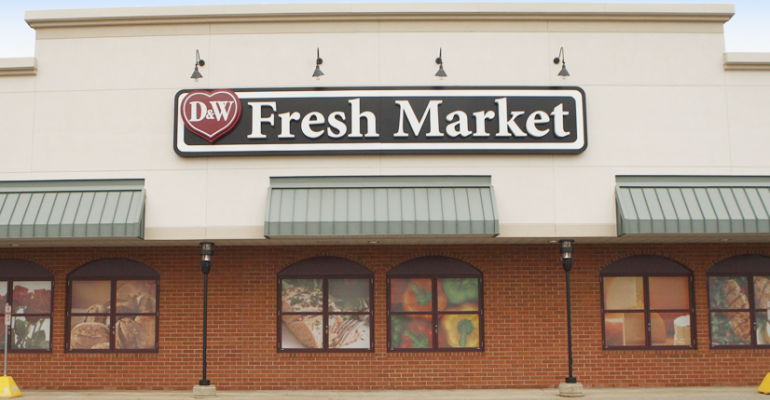 Over the last year, the retailer has conducted about 130 Facebook targeted-marketing campaigns, resulting in 165 million impressions, Ron Cox, Spartan’s marketing director, said at the Path to Purchase Institute’s Shopper Marketing Expo, held in Chicago this month.

To do so, it uses Facebook’s new “unpublished page posts” feature. Unpublished posts allow Facebook page owners to share messages with a segment of the page’s audience. Spartan can do this by linking email addresses and other loyalty card data with Facebook data.

The ads are not seen on D&W’s timeline or in the newsfeed of all its “friends.” Rather, only the targeted consumer segment will see the ad on the right side of the page when they are on Facebook.

“We don’t want to force our ads into news feeds and spam our shoppers,” Cox stressed.

The targeted Facebook messages have promoted a variety of deals, including fuel, wine and beer savings. One campaign, for instance, was delivered only to those who spend less than $75 a week in its stores.  The ads featured an offer for 50 cents off per gallon of fuel for shoppers who spent more than $75 a week.

“We targeted households where we could get incremental sales by getting them to the $75 threshold,” he said.

Under another campaign, an ad for a 20% wine sale was directed at wine buyers.

The Facebook initiative is part of a larger customer-centric marketing approach at Spartan, said Cox.

“We are transforming to relationship marketing,” he said.