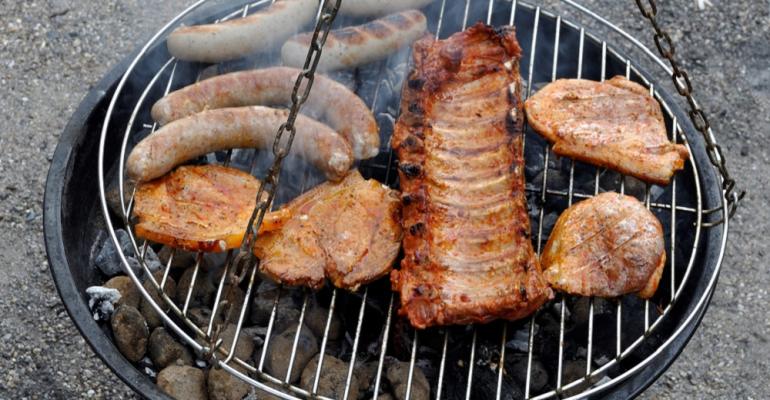 After some got burned by the intensity of meat promotions a year ago, food retailers this year have plenty of coals for the fire.

With deflated costs and a mad battle for share going on in many markets, supermarkets are promoting meat heavily and creatively this year as the Memorial Day kicks off the traditional “grilling season” with several leading with “2-day” or “4-day” sales to win traffic.

A year ago it was the onset of aggressive Memorial Day prices at some retailers that not only signaled the spatulas were swinging at grilling season, but signaled an end to retailers taking profits on declining input costs, sources said. Albertsons Cos. was fingered as a leading aggressor in at least some of those wars, but in an interview with SN, group VP for meat and seafood merchandising John Beretta said there’s more to the company’s meat strategy than a tasty price. He spoke of an increasing emphasis at Albertsons banners on local, natural and organic meats and of value-added products like store made kabobs and burgers with unique ingredients. He said he expects promotions to be “comparable” to last summer, which means consumers will still find great deals.

“This season is going to present some great values to consumers across the country. The retail deflation continues so it’s allowing retailers including us, to be real aggressive on all the popular items like steaks burgers and ribs,” he said.

“We monitor all the ads across the country and we’re seeing great prices for Memorial Day. We’re also seeing a lot of incremental grilling items being promoted on the cover page. That’s something we haven’t seen a lot of in the past -- burger patties, sausages and ribs are more prevalent than in years past. It’s a great position to be in as a consumer this year, that’s for sure.”

While meat sales contribute somewhere around 11% of a supermarket’s overall sales, getting meat in the basket is a disproportionate win, as a shopping basket that includes a meat is likely to generate a ring three to four times higher than one without, industry consultant Burt P. Flickinger III of Strategic Resource Group said.

For that reason, Flickinger said he felt meat is a relatively more productive promotional item than retailers typically afford it but that he expects retailers like Kroger, WinCo and BJ’s Wholesale will give it more attention this year.

At Albertsons banners, Beretta said consumers can look forward to more value-added offerings this summer in addition to a greater emphasis on natural, organic and local meats as the company’s banners zero in on consumer trends. Earlier this month, for example, Safeway showed off its Open Nature grass-fed burgers in a popular Facebook Live event with corporate chef Jeff Anderson.

“We know consumers are a lot more aware of the local, organic and natural meats, and so we are really involved with those offerings,” he said. “We’re also doing a lot of value added items, items that we refer to as ‘one-step closer.’

“A lot of our markets if not all are doing store-made kabobs, gourmet beef patties with inclusions like cheese or bacon. Every banner does it a little differently but that helps us in our endeavor to be the favorite local supermarket.”