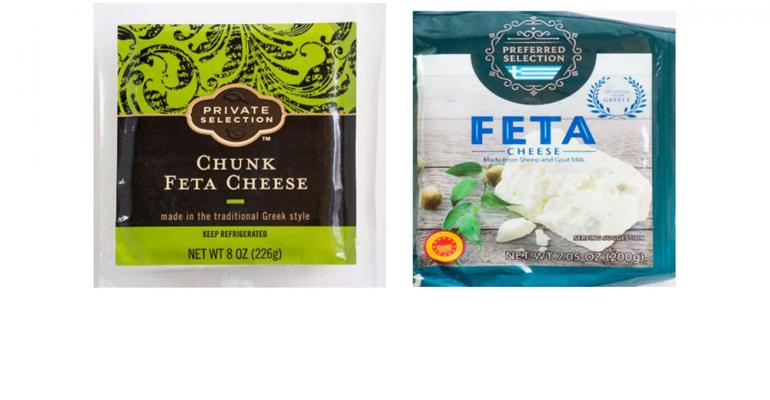 Kroger’s lawsuit against Lidl for allegedly copying its Private Selection private label will go to trial early next year, a judge ruled this week.

In the meantime, Lidl will continue to be able to sell its Preferred Selection brand in stores, U.S. District Judge John A. Gibney Jr. said. In filing the suit earlier this month, Kroger sought a preliminary injunction that would prevent that, arguing that Lidl was profiting from consumer confusion between the similar-sounding and similar-looking packages. Both Kroger and Lidl use their respective brands to accompany their premium own-brand offerings.

Lidl argued its logo and branding are distinct especially when viewed on varying packages. Other retailers, it said, often look more similar to the Kroger brand. In a declaration filed in support of Lidl, the company’s senior manager of brands, Wendy Nicole Albrecht, argued that the development of Lidl’s Preferred Selection brand sought not to copy Kroger but to develop versatile packaging that could adapt to the style of a variety of internationally sourced items. Often, these use different type and background colors and incorporating the flag of origin of those items, which further distinguishes the brand.

By contrast, she said, other Kroger competitors including Safeway (“Signature Select”) and Aldi (“Specially Selected”) also incorporate versions of the word “Select” in their brands. “The packaging, logo, and branding of the Lidl version of these products — including pasta sauce, jam, ice cream, pizza, and cookies — is often more distinct from the Kroger offering than several of Kroger’s other competitors.”

According to a report in the Richmond Times Dispatch, the judge denied Kroger’s injunction after listening to a day of testimony from Kroger’s Director of Private Brands Gil Phipps and Lidl US CEO Brendan Proctor.

The trial is scheduled to begin Jan. 11.