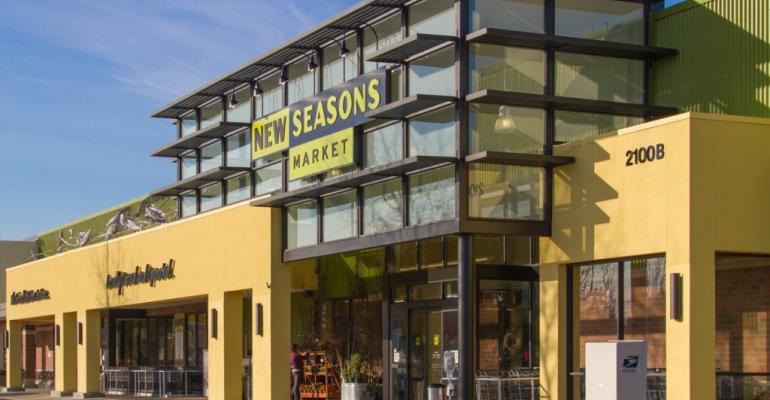 Regional chain known for its progressive stance on employment issues

Employees of New Seasons Market, the Portland, Ore.-based chain known for its sustainable and progressive business practices, are seeking to unionize, according to local reports.

A spokeswoman for United Food and Commercial Workers Local 555 in Portland confirmed that the local is backing the workers in its efforts, although the workers have not yet formally asked for a vote to join the union. The union’s organizing director was not immediately available for comment.

According to a report in The Oregonian, one of the primary concerns of workers at the chain has been a change in the health insurance policy. While New Seasons at one time had made health insurance available for almost all workers, it currently only provides insurance for those who work 20 hours a week or more in Oregon, where it operates 18 of its 21 locations. In January, only workers who work 24 hours a week or more will be eligible for insurance, according to the report.

Workers are also concerned about the company’s attendance policy and about what they describe as a lack of transparency at the chain, according to The Oregonian. Several employees in the Portland area sent a letter to Wendy Collie, the chain’s CEO, last week outlining their grievances.

New Seasons is majority owned by private equity firm Endeavor Capital, which also has investments in Bristol Farms in California and Metropolitan Market in the Seattle area.

"Our culture at New Seasons allows everyone to have a voice and to share concerns," New Seasons said in a statement. "We place an enormous value on taking care of our staff and are working to respond accordingly."

The company also said all staff who wish to be eligible for benefits will be offered the opportunity to work the hours required.

In its 2016 Impact Report, New Seasons touted its healthcare plan as offering coverage at rates that were 30% to 50% below the industry standard. The report also cited New Seasons’ policy of offering paid vacation time to employees for performing volunteer work and its “unique lifestyle scheduling” policy, which it said has resulted in low turnover rates at the chain.

Employees who were concerned about the attendance policy said it has become much stricter than it had been in the past. However, Kristi McFarland, New Seasons’ chief people officer, told The Oregonian that employees had helped develop the current policy in an effort to provide a more consistent set of rules around attendance.

In an interview with Forbes magazine last year, McFarland said the company has long encouraged feedback from employees, noting it has monthly meetings at each location among workers and management to discuss issues.

“We want to hear directly from our team about how we can improve their work environment, our practices and our policies,” she told the magazine.

As New Seasons has expanded into Washington, it has also faced opposition from UFCW Local 21 in Seattle, which hosted an “unwelcome rally” to oppose the chain when it opened its first Washington store in Mercer Island last year. It has two additional locations planned in Seattle, one in Ballard and one in the Central District.

The local has launched an online campaign seeking to turn consumers away from New Seasons, claiming that the chain treats workers unfairly. A spokesperson for the local was not immediately available for comment.

New Seasons in 2013 became the first supermarket chain in the world to be certified as a “B Corporation,” which recognizes companies for meeting high standards in terms of its business practices, environmental sustainability and corporate culture.

Later that year SN recognized New Seasons with its Community Service Award, noting that the company, which numbered 13 units at the times, had partnered with more than 1,000 local community organizations in the past year.

Collie told SN at that time that helping community organizations — often at the suggestion of the company’s employees — had helped New Seasons attract and retain talent.

“I think businesses that have a mission-based focus in terms of how they do their work and contribute to their community and society tend to attract an employee who has like-minded desires and values,” Collie said. “When you do that you attract a different caliber of person. You get a talent base that’s dedicated, committed and engaged, and through that alone you tend to have higher tenure, lower turnover, higher productivity and higher engagement.”