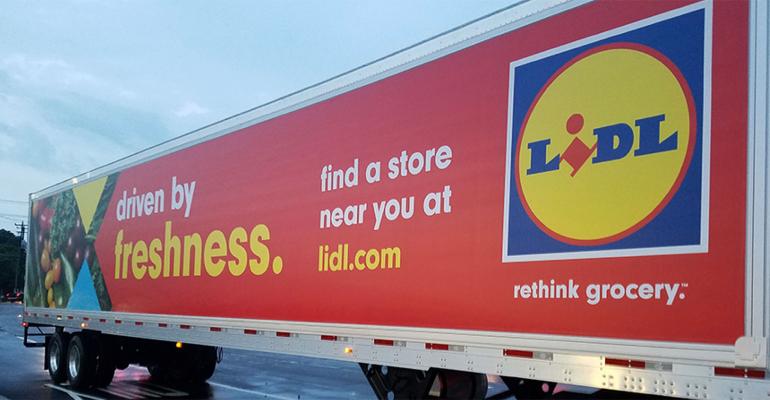 Viewpoint: Why Lidl won’t go away

The recent news concerning Amazon's acquisition of Whole Foods has been mesmerizing for many in the supermarket industry because — beyond possibly making Whole Foods sharper on expense controls and pricing — it communicated that Amazon is serious about getting a bigger share of the grocery market.

But retailers should not take their eyes off the potential consequences of Lidl's entry into the USA, particularly if Lidl follows through on what appears to be a dangerously hop-scotch development plan including Texas and Ohio.

These consequences will rapidly extend beyond Lidl's initial invasion zone in the Carolinas and Virginia for three reasons. First, Lidl's homegrown competitive feud with Aldi. Second, Walmart's pricing reactions to both Aldi and Lidl. And third, Kroger's pricing reactions to all three (Aldi, Lidl, and Walmart). Just as deflation appears to be ending, a spreading price war is in the offing — focused on private label — but which will ultimately affect all supermarket retailers across the price-positioning spectrum.

U.S. retailers would do well to look at what has happened to the major conventional supermarket chains in Britain since 2007.... and learn from it as quickly as possible. In just 10 years, the combined market share held by Aldi and Lidl in the UK has gone from under 5% to 12% based on their four key appeals:

And the market share erosion of Britain's Big Four food retailers (Walmart's Asda, Morrison's, Sainsbury, Tesco) continues. According to Kanter Retail, the Big Four achieved an annual sales growth of less than 2% in the quarter ending May 12, 2017 … versus Aldi's +20% and Lidl's +18%.

At 12%, the combined Aldi and Lidl share is still relatively low in the UK, versus, for example, 36% in Germany, 23% in Ireland and 17% in The Netherlands.

Here in the U.S., the combined limited assortment store share stands at only 3.5%, with Aldi accounting for nearly half (1.9%). But don't think, "It can't happen here because America's different."

Now that Lidl has landed, it has to be successful — to some degree — because of its long-running intense competition with Aldi. Over the next few years, there may be pauses in the rollout and shifts in strategy and tactics, but Lidl's U.S. invasion is for the long term … enabled by its deep pockets (the Schwarz Group has annual sales in excess of $94 billion) and private firm status.  Unlike Tesco, Lidl has no shareholders to answer to.

And — to greater a or lesser degree — America is ready for Lidl. It has just as many financially stressed, value-oriented consumers as do Britain and Germany; Millennials are seeking simplicity and value; and shoppers of all ages are increasingly wedded to multistore shopping patterns. These patterns make supposedly saturated local markets an attractive prime target for any retailer that is unique and (positively) different … whether it be Aldi, Sprouts, Trader Joe's, Wegman's … or Lidl. Just as long as it offers value.

David Rogers is president of DSR Marketing Systems Inc., based in Northbrook, Ill.