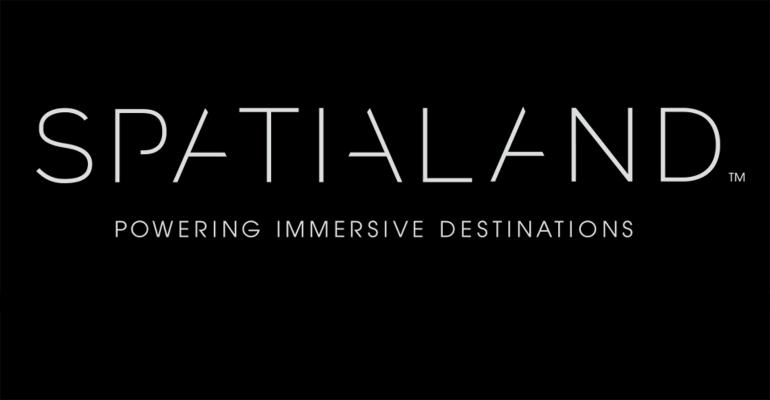 Walmart is stepping up its virtual reality (VR) initiatives by purchasing Spatialand, a boutique company described as a revolutionary VR design platform and toolset for enterprise, brands and consumers to create immersive content destinations.

According to reports, Spatialand makes software tools that let creators transform existing content into immersive, virtual reality experiences. Spatialand officials worked with Walmart’s technology incubator, called Store No 8, on an initiative last year, and it now will be operating as a division of Store No 8.

Spatialand’s founder, Kimberly Cooper, and approximately 10 employees are joining the Store No 8 team.

“Last year, our team set out to explore the transformational effects of virtual reality in commerce, and we uncovered an underlying ecosystem of companies and technologies that when applied to retail created a game-changing customer experience,” Katie Finnegan, principal of Store No 8, who will be serving as interim CEO of the new effort with Spatialand, wrote on Store No 8’s website. “This realization led our entrance into the space, which culminated at our VR gala, Innov8, where alongside Kim Cooper and her brilliant team at Spatialand and our consultant, Jeremy Welt, we created a proof of concept VR experience for how we envision millions may shop in the future.”

According to Finnegan, Spatialand is Store No 8’s third portfolio company, which will “operate in stealth” with Cooper and Welt as co-founders. “The team will develop and explore new products and uses of VR through immersive retail environments that can be incorporated by all facets of Walmart, online and offline,” Finnegan wrote.

Bill Bishop, chief architect of Brick Meets Click, a consulting firm based in Barrington, Ill., said that may involve buying and stocking inventory digitally instead of in a bricks-and-mortar warehouse. “That could offer very substantial savings,” Bishop said.

“It is futuristic, no question about it, but because of the cost leverage of only having to invest in the digital images and not the product itself, and because you only have to move them around with a mouse and not have the store labor do it, the upside is very significant,” Bishop said.

“Walmart is very aggressively looking at brand new things to reinvent themselves and this is just part of that. Some of these changes are going to have minimal effect on people who compete with them, and others are going to have a significant effect,” Bishop predicted.

“The big deal is that there are lots of other people showing and doing things with virtual reality and companies that want to stay up with it can’t ignore these other developments. They’ve got to be open to meeting and exploring and thinking openly about what potentially could be done,” he said.

Finnegan noted that Cooper — a two-time Emmy nominee — has a solid reputation in using VR/AR/MR techniques in storytelling and technology. Spatialand’s VR platform has made an impact, creating immersive content destinations as seen in its projects with Oculus, Intel, Reebok and Linkin Park. Cooper has also worked on films including “Iron Man,” “Rogue One: A Star Wars Story” and “Prometheus,” as well as video game franchises like “Destiny” and “Metal Gear Solid.”

In a recent blog, Cooper wrote, “It’s no secret that over the past few years VR has become increasingly influential across countless industries. Most recently, VR has emerged as the game-changer in the retail sphere, modifying and improving the consumer experience as it enhances what brands already offer.”

VR can be used for product design, allowing developers and designers to use motion tracking controllers to choose from an array of different brushes and tools to craft their art. “The creative freedom is truly endless,” Cooper wrote.

“The future of retail is transforming every day due to the exponential incorporation of virtual reality technology,” Cooper wrote. “Retail is only one of the first sectors to undergo this shift; soon, not only will product design be heavily influenced by immersive tech, but consumers will also begin to directly reap the rewards as well.”

Other Store No 8 projects include an initiative to run an Amazon Go-style cashier-less store being run by Jet.com co-founder Mike Hanrahan, and a personal shopping service run by Rent the Runway founder Jenny Fleiss.