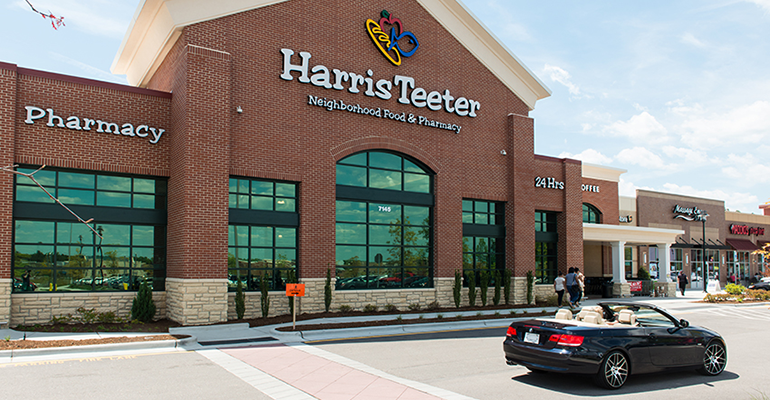 Harris Teeter has broadened same-day grocery delivery with Shipt in three states and the District of Columbia.

The Mid-Atlantic and Southeastern supermarket chain has launched or expanded Shipt online grocery delivery in the metropolitan markets of Millsboro and Selbyville, Del.; Baltimore and the St. Mary’s Peninsula in Maryland; Charlottesville and Hampton Roads, Va.; and Washington, D.C.

With the expansion, Shipt said that in those markets it’s adding to its network of personal shoppers who will pick, pack and deliver Harris Teeter customers’ online orders.

Harris Teeter now offers Shipt grocery delivery in 12 market areas, and the companies said more rollouts of the service are slated for the Southeast this fall. After that expansion, more than 2.5 million households will have access to Shipt delivery of groceries from Harris Teeter stores in as soon as an hour.

"Harris Teeter strives to create an incredible place to shop, and with partners like Shipt, we can not only expand our delivery options but also demonstrate our relentless commitment to improving the overall grocery shopping experience," Danna Robinson, communication manager for Harris Teeter, said in a statement. "We look forward to continuing to test and learn through our partnership with Shipt.”

Matthews, N.C.-based Harris Teeter, part of The Kroger Co., was an early partner of Shipt, launching online grocery delivery in Charlotte, N.C., in January 2016 and over the following year or so in the Research Triangle area and other markets in the state. Most recently, this past June, the companies began delivery service in Charlottesville and Hampton Roads, Va.

“Harris Teeter offers quality produce and everyday essentials at affordable prices, complementing Shipt’s model of hospitality and accessibility –– something our members notice and appreciate,” said Bill Smith, founder and CEO of Birmingham, Ala.-based Shipt, a Target Corp. subsidiary. “We value our longstanding partnership with Harris Teeter, and look forward to continuing to bring Harris Teeter products to the doorsteps of our members at the press of a button.”