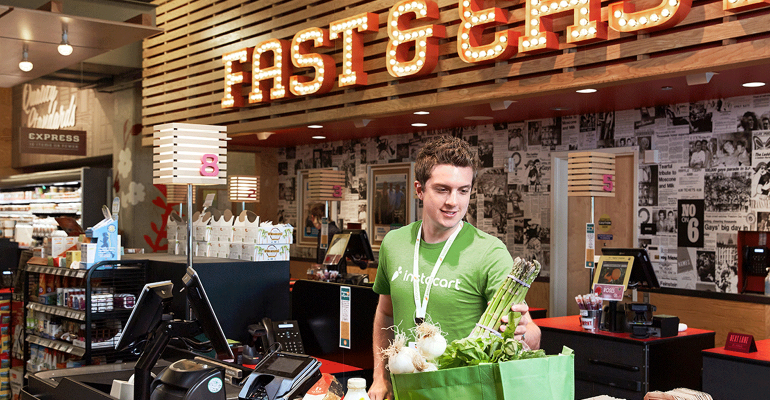 San Francisco-based Instacart said the $350 million in Series E financing from Coatue, with participation from Glade Brook Capital and current investors, hoists its valuation to $4.35 billion. The company noted that it has raised more than $1 billion — most still in the bank — since its launch in 2012.

With the additional funding, Instacart plans to double the size of its team, fuel its expansion in North America, and invest in new products and services that improve the value proposition for shoppers and the company’s retail partners.

"The online grocery market hit a tipping point last year, as more and more consumers demanded grocery delivery. We are excited to accelerate our plans to bring online grocery everywhere and to keep transforming the way people shop," Ravi Gupta, chief operating and financial officer at Instacart, said in a statement. "We are also excited to welcome Coatue to our team and are grateful for the participation of our other new and existing investors."

Supermarket chains see Instacart as an ally against Amazon, digital benchmarking firm L2 Inc. said in its “Digital IQ Index: Grocery U.S. 2018” report, released in March. The report, which benchmarks the digital performance of an index of 60 grocery retailers operating in the United States, said Instacart now works with 58% of index grocers with brick-and-mortar locations. Fifty-five percent of index grocers that partner with the online delivery service host the experience under a separate, branded subdomain, such as delivery.albertsons.com.

To use the Instacart service, consumers first register via the Instacart website or app and then are ready to fill their virtual shopping cart with items from local stores. Instacart connects them with shoppers who handpick the items and deliver them to their door, in as little as an hour.

"Technology has changed the way we travel, communicate and shop. But for most, visiting the grocery store is still a part of the weekly routine," said Kris Fredrickson, partner at Coatue, which is based in New York and has an office in Menlo Park, Calif. "Instacart's incredible service is quickly bringing the grocery shopping experience online. After having been impressed with the team's execution over the last several years, we are excited to partner for the next phase of the Instacart journey."