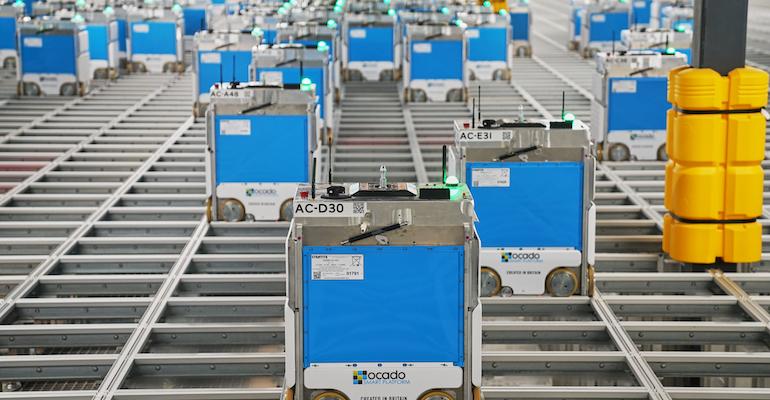 The Kroger Co.
The Forest Park, Ga., CFC is one of 16 announced by Kroger under its partnership with U.K. online grocery specialist Ocado Group.
News>Online Retail

Pushing ahead with the buildout of its e-commerce network, The Kroger Co. has officially opened its third Ocado-powered automated customer fulfillment center (CFC), located in Forest Park, Ga.

The 375,000-square-foot CFC, which will fill and deliver online grocery orders in the Atlanta market, underwent a soft launch in December. Kroger said the “hub” facility carries thousands of popular grocery products and can fill thousands of orders daily. The CFC’s Kroger Delivery service coverage extends up to 90 miles from its location in Forest Park.

“We’re proud to launch Kroger Delivery in metro Atlanta, with future expansion plans throughout Georgia and beyond, a true milestone moment further accelerating our ability to provide our customers with fresh food on their doorsteps and create more job opportunities,” Gabriel Arreaga, senior vice president and chief supply chain officer at Cincinnati-based Kroger, said in a statement on Friday. “We greatly appreciate the support of [Georgia] Gov. Brian Kemp, the Georgia Department of Economic Development, Clayton County Board of Commissioners and Forest Park Mayor Angelyne Butler. This group’s collaboration and commitment has provided the infrastructure to advance an innovative and industry-leading e-commerce operation, providing groceries to homes across the region, including in communities without physical stores.” 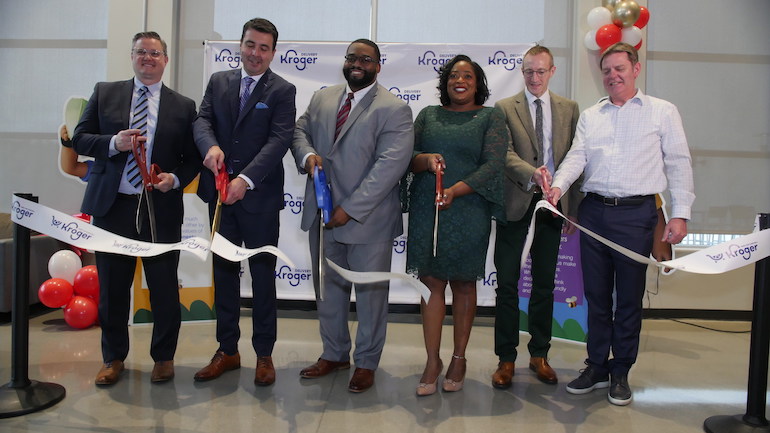 Kroger unveiled its partnership with United Kingdom-based Ocado Group in May 2018, at which time the companies said they planned 20 CFCs in the United States over the ensuing three years. The Ocado CFCs and supporting facilities use vertical integration, machine learning and robotics to service online grocery orders and are expected to expand Kroger’s reach to a larger geographic footprint, including in areas where it doesn’t operate brick-and-mortar stores.

In December, Kroger said it aims to build a 200,000-square-foot CFC in North Carolina, slated to go into operation within 24 months after ground-breaking on the site. The other Ocado CFCs reported by Kroger run from 135,000 to 375,000 square feet and include locations in Dallas; Frederick, Md.; Phoenix; Pleasant Prairie, Wis.; and Romulus, Mich., as well as unspecified sites in the Pacific Northwest, West and Northeast, the latter representing another location where Kroger lacks stores. The retailer also has announced plans for two CFCs in Southern California and two more in Florida. 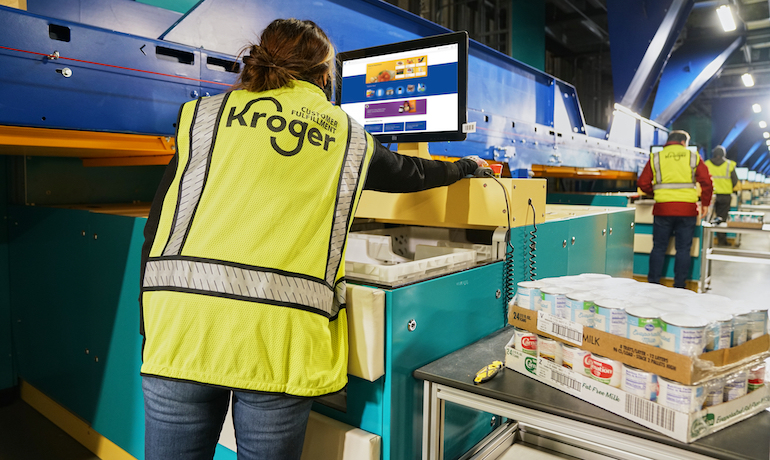 In support of the Forest Park CFC’s opening, Kroger is offering new e-grocery customers in the Atlanta-area $15 off their first three delivery orders of $75 or more. The launch of the CFC and extended reach of Kroger Delivery are expected to drive expansion of recently introduced Boost by Kroger Plus annual membership program. For $59 or $99 per year, Boost gives customers access to benefits such as free delivery and the opportunity to earn up to $1 off per gallon of fuel twice as often.

The opening of the Forest Park CFC follows another e-commerce achievement for the retailer in the area, the recent launch of the Boost by Kroger Plus annual membership program. Boost provides customers free delivery for online orders of $35 or more and double fuel points (up to $1 off per gallon of gasoline) for each dollar spent on groceries and general merchandise. The $59 annual membership provides delivery within 24 hours, while the $99-per-year option offers delivery in as soon as two hours.

“Kroger is uniquely positioned to transform grocery e-commerce throughout the region, using a vertically integrated network to provide a reliable and consistent fresh food delivery service that repeatedly receives favorable customer feedback like a best-in-class Net Promoter Score,” according to Bill Bennett, vice president and head of e-commerce at Kroger. “Kroger’s unique service delivers fresh food, household essentials and personal care for as little as $6.95.” 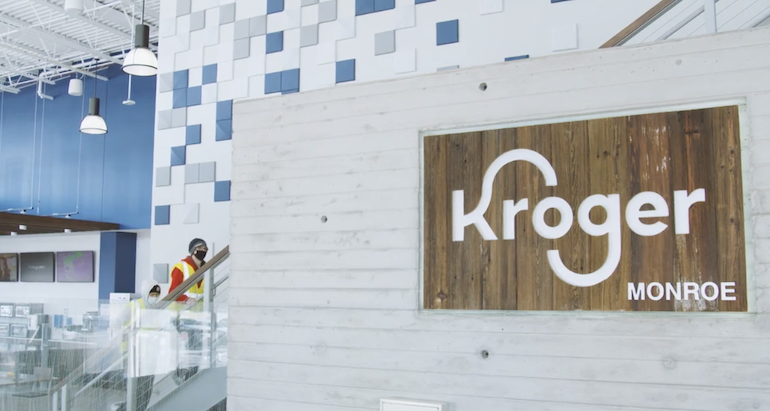 Kroger launched its first Ocado CFC in Monroe, Ohio, which now has a supporting spoke facility in Indianapolis and plans for another in Louisville, Ky.

At each CFC, on-site associates support delivery operations and help process, package and load orders. Kroger said the Forest Park facility employs more than 250 associates and continues to hire, including for such roles as customer service and engagement, engineering, operations, inventory and quality management, and transportation.

Kroger also has Ocado-driven “spoke” facilities to support the Monroe and Groveland CFCs. In late January, Kroger said it plans to launch a 50,000-square-foot spoke location in Louisville, Ky., to work with the Monroe CFC. That facility is due to go into operation later this year. The company in December launched a 48,000-square-foot spoke in Indianapolis to support Monroe CFC. Kroger also has spokes in Tampa and Jacksonville, Fla., to support the Groveland CFC.

“Kroger and Ocado are revolutionizing the online grocery landscape across the U.S.,” stated Luke Jensen, CEO of Ocado Solutions, which has its U.S. headquarters in Tyson, Va. “This [Forest Park] CFC brings some of the most innovative technology available anywhere in the world to the heart of Georgia, enhancing Kroger’s online ecosystem in the state and delivering a market-leading quality of service online to Kroger customers here. It is also generating amazing opportunities for engineers based in Atlanta to work with cutting-edge robotics and AI systems, enabling essential grocery services for communities across the state.”