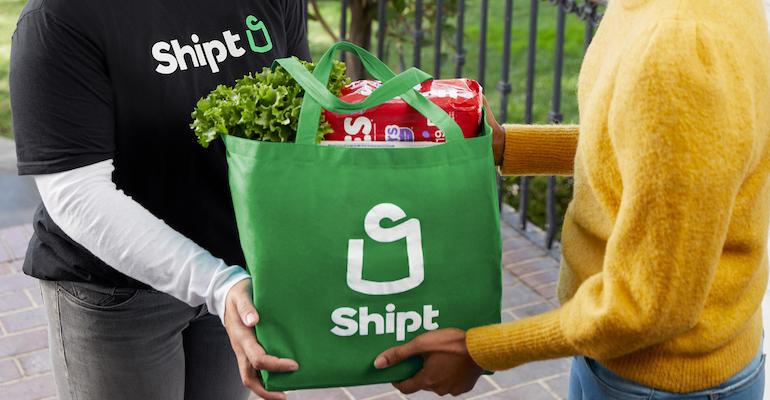 Shipt
Shipt said that about half of the nearly 1,000 storefronts that it has added to its delivery service sell groceries.
News>Online Retail

Another 1,000 stores and 2 million households now have access to same-day delivery service in more metro markets

Shipt has added almost 1,000 stores to its same-day delivery service and 2 million more households to its coverage area in what the Target Corp. subsidiary called its largest single expansion in three years.

Birmingham, Ala.-based Shipt said Thursday that the growth came under a new strategy: Instead of extending its reach city-by-city or by retailer, the company targeted broad geographic expansion. In the process, more stores from CVS, Bed Bath & Beyond, Party City, GNC and other retailers began offering Shipt delivery.

“This is huge for us as a company, but more importantly for our customers, retail partners and shoppers,” Chief Operating Officer Bridget Fruit said in a statement. “While we’ve grown a lot in the last several years, we’ve typically done so in very different ways. For instance, if we bring on a new retailer, we clearly add their locations, sometimes adding a few markets here or there that are key for them and us. Or as we get a strong mix of retail partners in a community, we’ve added cities and towns one by one. But this is completely different. All at once, more than 2 million households across America who previously didn’t have access to Shipt now do. And we have added nearly 1,000 more store locations to our marketplace, including additional CVS, Bed Bath & Beyond and GNC locations.”

Shipt now has more than 130 retail partners — in such categories as grocery, household staples, pet care, health and wellness, home goods, alcoholic beverages, and kitchen and office products — and its online shopping and on-demand delivery services are available to 80% of households in over 5,000 U.S. cities. 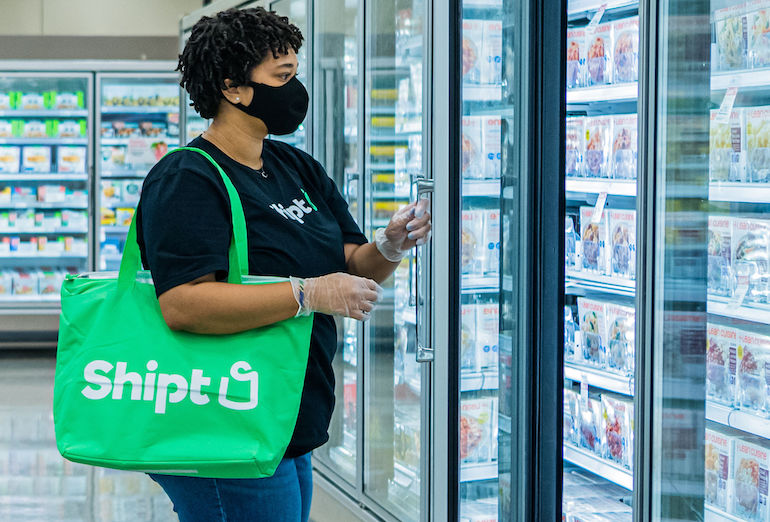 The expansion will bring more income-earning potential to Shipt Shoppers, the company said.

For the expansion, Shipt said its teams worked with current retail partners to identify areas for store location growth, and about a quarter of those partners extended delivery service. Shipt staff across operations, business development, marketing and technology also built out the ability to expand coverage areas in 1,300 ZIP codes nationwide.

“In addition to the more than 2 million households that are now able to order from Shipt for the first time, customers will see new store locations available when they open their app to place an order. Customers in several markets will see some of the greatest impact, from Seattle to Charlotte and Los Angeles to Atlanta. More families from coast to coast,” Fruit explained.

“This is a significant addition for many of our retail partners,” Fruit noted. “In fact, approximately 25% of our partners have new locations and just about 40 saw added coverage as part of this effort. Just to give you a few examples, Shipt services are now available in more than 200 additional CVS locations and nearly 50 more GNC stores. And approximately half of the nearly 1,000 storefronts that we’ve added offer groceries, because we know how incredibly important access to fresh produce and food can be to communities across the country.”

One new Shipt retail partner is Ontario, Calif.-based Cardenas Markets, which began offering the service this month. The Hispanic grocery chain, with 59 stores in California, Nevada and Arizona, said it’s marking the launch by offering a snapshot of its most-purchased items — ranging from bolillos and tortillas made fresh daily to pastries and fresh meat and produce — on the Shipt marketplace. Shipt personal shoppers pick and pack Cardenas customers’ orders made via the Shipt app and deliver them in as soon as an hour.

“For over 40 years, Cardenas Markets has provided fresh and authentic products while bringing people together to celebrate life, culture, and family,” stated Adam Salgado, chief marketing officer at Cardenas Markets. “Our partnership with Shipt demonstrates our commitment to adapting with our customers shifting preferences and brings the celebration from Cardenas Markets stores to our customers’ doors.”

Fruit added that Shipt’s expansion will bring more opportunities and income to its more than 300,000 personal shoppers, aka Shipt Shoppers. Last month, Shipt launched a Preferred Shoppers feature that enables customers to create their own list of highly rated Shipt shoppers.

“While they had heard about this expansion and how it impacted their metros already, we were thrilled to shed light on what this means for Shipt nationwide,” Fruit said. “This expansion opens the door to so many opportunities for shoppers, including more customers, more stores, and ultimately more income-earning potential. And so far, we’ve seen week-over-week growth with tens of thousands of more orders placed in expansion markets, and we expect that number to continue to grow.”