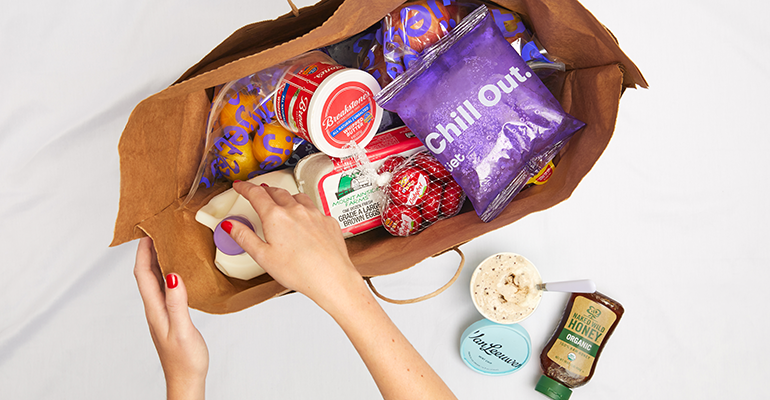 Walmart plans to shut down the Jet.com “city grocery experience” delivery service launched over a year ago in New York City.

The move, which includes the closure of Jet’s 200,000-square-foot fulfillment center opened last fall in the Bronx, is expected to be disclosed to customers this week, Bloomberg said in a report Friday. Citing unnamed sources, Bloomberg reported that the shutdown will eliminate 200 to 300 jobs, including warehouse employees and drivers.

“We learned a lot by testing Jet fresh grocery delivery in New York City, and we recognized the important role our stores play in providing an efficient way to offer groceries to customers through pickup and delivery,” Walmart said in a statement. “We will focus our grocery pickup and delivery in markets where we have this incredible opportunity. Jet will continue to offer millions of dry grocery and general merchandise items to customers in major metros like New York City.  And we’ll continue to test bold concepts that can offer convenience to customers.”

When announced in September 2018, Hoboken, N.J.-based Jet said Jet City Grocery would cater to the lifestyles of city dwellers, with customers able to choose three-hour scheduled same-day and next-day delivery windows for groceries, daily essentials and other merchandise. Last-mile delivery was provided by Parcel, the New York-based delivery firm acquired by Walmart in October 2017.

However, Jet City Grocery struggled from the get-go with operational difficulties and frequent out-of-stocks, according to Bloomberg. What’s more, costs forced Jet to hike what was initially low pricing as well as raise delivery fees, the report said.

The effort signaled Walmart’s aim to position Jet as an e-commerce vehicle for urban markets where the retail giant lacked a significant brick-and-mortar presence.

Earlier, in May 2018, the company unveiled Jetblack, a service using a concierge-style approach to online shopping through “conversational commerce,” or the ability to shop via text messaging, online chat or voice. Developed by Walmart tech incubator Store No. 8, Jetblack launched on a limited basis in Manhattan and part of Brooklyn. New York-based Jetblack was led by co-founder and CEO Jenny Fleiss, who helped start online fashion rental service Rent the Runway. But in late October, Bloomberg reported that Walmart replaced Fleiss with Jet co-founder Nathan Faust, senior vice president of supply chain and logistics for Walmart U.S. eCommerce

The cessation of Jet City Grocery reflects an overall winding down of Jet by Walmart, which acquired the e-commerce innovator in September 2016 for $3.3 billion.

This past June, Walmart U.S. eCommerce President and CEO Marc Lore, co-founder of Jet.com, announced plans to fold Jet into Walmart’s core e-commerce operations and reposition the business. With the change, Simon Belsham stepped down as president of Jet, which fell under the direction of Kieran Shanahan, senior vice president of retail for Walmart eCommerce.

Instead, Walmart has sharpened its focus on driving online grocery service through its own stores.

By the end of this year, Walmart expects to offer free same-day grocery pickup from more than 3,100 stores and same-day grocery delivery from over 1,600 stores. The company also kicked off its Delivery Unlimited service at 1,400 stores this fall, with plans to reach 1,600 stores by the year’s end. Also being piloted in three markets is the InHome Delivery service, in which groceries are delivered directly to a customer’s home or garage refrigerator.

Walmart U.S. e-commerce sales jumped 41% at the top line in the fiscal 2020 third quarter and were up 1.7% on a comparable basis.