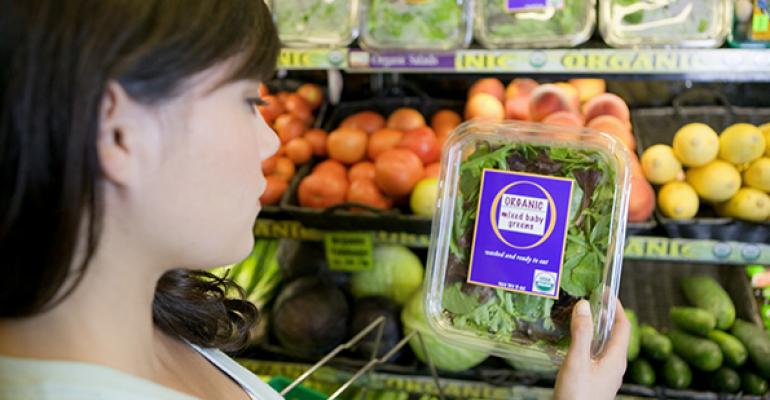 The so-called “mainstreaming” of the health and wellness trend is increasingly tarnishing iconic food suppliers while helping supermarket retailers in particular gain a greater control of food industry profits, an analyst said Wednesday.

Scott Mushkin, an analyst at Wolfe Research in New York, published those findings in a report Wednesday, based on a proprietary survey of American women showing the trend toward “pure foods” is strengthening beyond “Millennial Moms.” This is expressed in a desire for minimally processed and locally sourced foods that at one time was reserved for the educated elite.

Retailers that have acted to provide such choices — while also offering them at sharp prices, at convenient locations and in sufficient variety — are in turn poised to capture a greater share of food profits, Mushkin said.

“Indeed, the 20th century branded food industrial complex is decaying, and this, in our opinion, is having major implications on the food-at-home industry. Iconic food brands, the mainstay of the American diet, are being associated with negative attributes such as high fat/sugar content. This is not only tarnishing the brands, but also swinging the profit pendulum toward better retailers.”

“This trend places more of the value-added aspects of the food-at-home experience with the retailer than on the brand of a manufacturer,” he pointed out. “This suggests to us that better retailers may command more of the economic profits of the food-at-home channel than they have traditionally.” Mushin said Kroger, H-E-B and Wegmans among traditional supermarket retailers poised to make the most the most of this trend, and stand to benefit as the Millennial generation matures.

“The death of the one-stop shop has been greatly exaggerated, as women indicated that finding everything they need I the most important attribute of a food store.”

The survey of more than 2,000 women indicated that “minimally processed,” “locally grown” and “natural and organic” characteristics are all more important factors influencing food purchase decisions than they were when asked the same question in 2013. More than 45% of those polled said they intended to spend slightly or significantly more on fruits and vegetables in the coming two years, an increase of 7% from the 2013 poll, while a little more than 25% said they expect to spend more on meat, fish or eggs — essentially flat from the 2013 poll.

In addition to more fresh items and “pure food,” shoppers are demanding variety, convenience and good prices, the survey showed.

According to Mushkin these trends also favor retailers like Kroger, which “checks all the boxes on what is important for today’s female food shopper.” Competitors like Walmart and Dollar General, with less core competency in fresh than Kroger, and Whole Foods, which lacks Kroger’s pricing, convenience and variety, are not as well positioned, the analyst added.

Kroger is in a particularly strong position because share gains have allowed it to be one of the few venues where traditional food brands can still grow even as they lose shelf space to better-for-you items, Mushkin added.