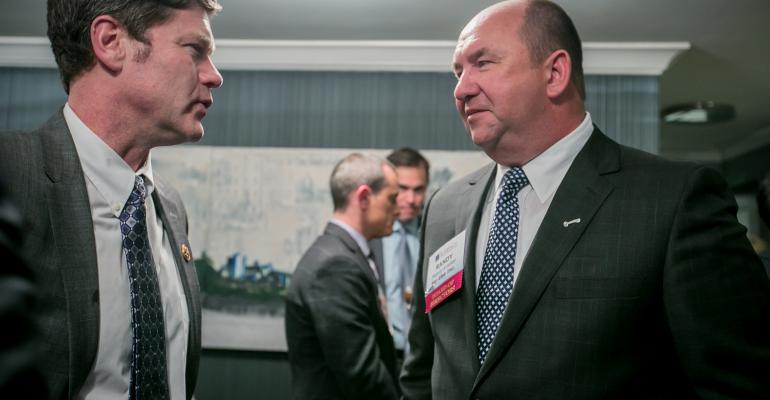 <p>U.S. Rep. Ron Kind, D-WI speaks to Randy Edeker, chairman and CEO of Hy-Vee, and member of the NACDS Board of Directors, during NACDS RxIMPACT Day.</p>

The National Association of Chain Drug Stores supports a bill, introduced during last week's NACDS RxIMPACT Day on Capitol Hill, that would allow pharmacists to provide underserved patients in the Medicare program with services not currently available to them, including immunizations, diabetes screenings and self-management education, cardiovascular screenings and behavioral therapy.

“It is timely that this commonsense, bipartisan legislation was introduced the week of our annual grassroots advocacy fly-in,” said NACDS President and CEO Steven C. Anderson, in a statement. “So well represented in Washington this week, retail pharmacies are oftentimes the most readily accessible healthcare provider. Research has shown that nearly all Americans (89%) live within five miles of a community retail pharmacy.”

More than 400 community pharmacists, pharmacy executives, pharmacy students and other advocates from 40 states participated in RxIMPACT Day. Meetings were conducted with more than 80% of Congress, including 136 members who serve on Congressional committees with jurisdiction on healthcare issues.