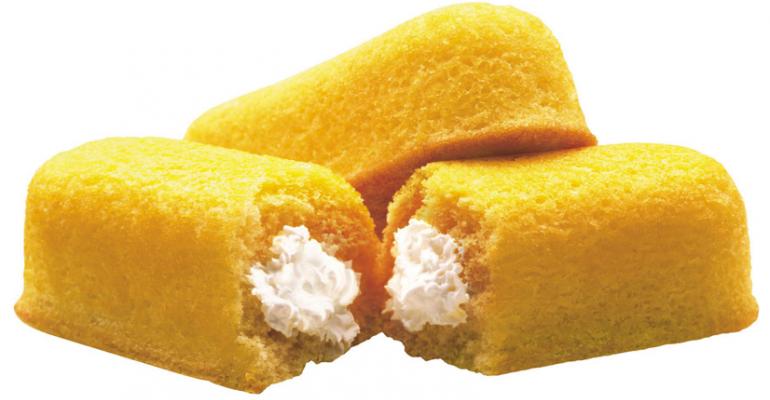 PLEASANTON, Calif. — Now that Twinkies are no longer in production, retailers are launching their own versions of the popular snack cake.

Along with the Twinkie imitation, the Snack Artist line also includes “Chocolate Cupcakes,” which look similar to Hostess Cupcakes in that they have the iconic white icing curl down the middle.

The original Twinkies and other Hostess snack cakes may make a comeback, as private equity firms Apollo Global Management and C. Dean Metropoulos & Co. are reportedly near a deal to buy the Hostess snack brands. But due to the time it takes for such a deal to go through, it could take many months before Twinkies return to store shelves.

Lund Food Holdings, Edina, Minn., makes a Hostess cupcake-like treat in the bakery department of its 11 Lunds and 11 Byerly’s grocery stores in the Twin Cities and surrounding area.