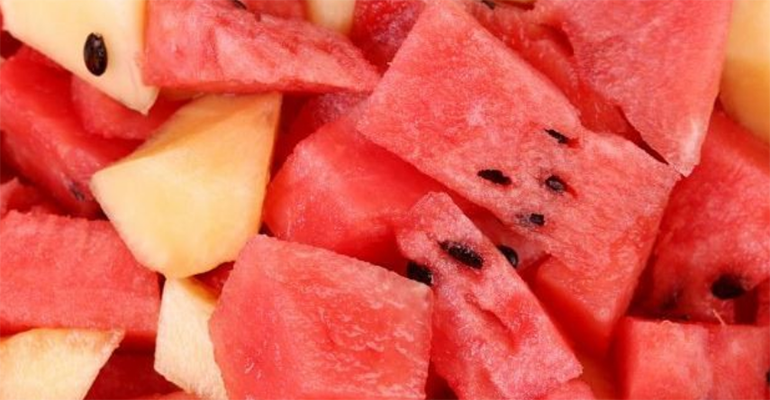 The Kroger Co. and Walmart are among grocery retailers that have removed fresh-cut melon products from their stores in connection with a multistate outbreak of salmonella.

Over the weekend, SpartanNash subsidiary Caito Foods said it has voluntarily recalled precut watermelon, honeydew melon, cantaloupe and mixed fruit containing one of these melons that were produced at its Indianapolis facility because the products might be contaminated with salmonella. The cut fruit was packaged in clear-plastic clamshell containers and distributed in Georgia, Illinois, Indiana, Kentucky, Michigan, Missouri, North Carolina and Ohio.

Caito said the recall extends to retailers and consumers because the affected products shipped between April 17 and June 7 and may still be on store shelves.

According to the Centers for Disease Control and Prevention (CDC), recalled products were sold at Costco, Jay C, Kroger, Payless, Owen’s, Sprouts, Trader Joe’s, Walgreens, Walmart and Whole Foods Market/Amazon. The CDC said authorities are investigating whether the affected products went to additional stores or states.

Kroger reported that it has withdrawn store-brand precut cantaloupe, watermelon and melon mixes sold at Kroger, Jay C, Owen's and Pay Less stores in Indiana and Michigan due to possible salmonella contamination.

The Cincinnati-based supermarket retailer said it was informed about the salmonella outbreak by the CDC and the Food and Drug Administration (FDA) on June 7, and customers who have purchased affected products can return them to a store for a full refund or a replacement.

Epidemiologic and preliminary traceback evidence indicates that precut melon supplied by Caito Foods is “a likely source of this multistate outbreak,” the CDC said in a statement on Friday. “Ill people reported eating pre-cut cantaloupe, watermelon or a fruit salad mix with melon. Most people bought pre-cut melon at Walmart or Kroger stores in the Midwest. On June 7, 2018, Walmart and Kroger removed pre-cut melon linked to this outbreak from all Walmart, Kroger, Jay C and Payless stores from the affected states.”

The CDC, FDA, and public health and regulatory officials in several states are investigating an outbreak of Salmonella Adelaide infections in five Midwestern states. Overall, 60 people have been infected with the strain — six in Illinois, 11 in Indiana, 32 in Michigan, 10 in Missouri and one in Ohio — and 31 people have been hospitalized. No deaths have been reported.

“The potential that these products are contaminated with salmonella was discovered through analyzing reports made by state departments of public health,” Indianapolis-based Caito Foods said in a statement. “Caito Foods has ceased producing and distributing these products as the company and FDA continue their investigation.”