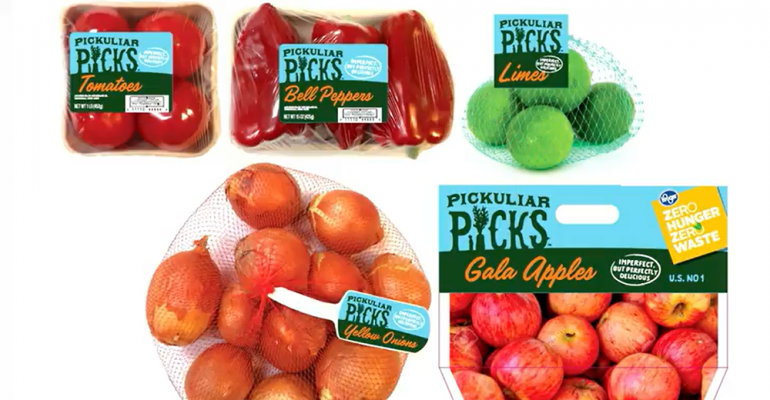 ‘Ugly’ produce brand on the way from Kroger

The Kroger Co. plans to introduce an “ugly produce” brand in stores early next year.

Called Pickuliar Picks, the brand’s first items are slated to start appearing in Kroger Co. supermarkets in the first quarter of 2019, according to Nicole Davis, senior innovation manager for Our Brands at Kroger. She unveiled plans for the program last week in a presentation at the U.S. Chamber of Commerce Foundation's Food Forward Summit in Washington.

The tagline for Pickuliar Picks is “imperfect but perfectly delicious.” Davis noted that 6 billion pounds of fruit and vegetables go unused each year because of below-standard appearance or size, despite being fine for people to eat. 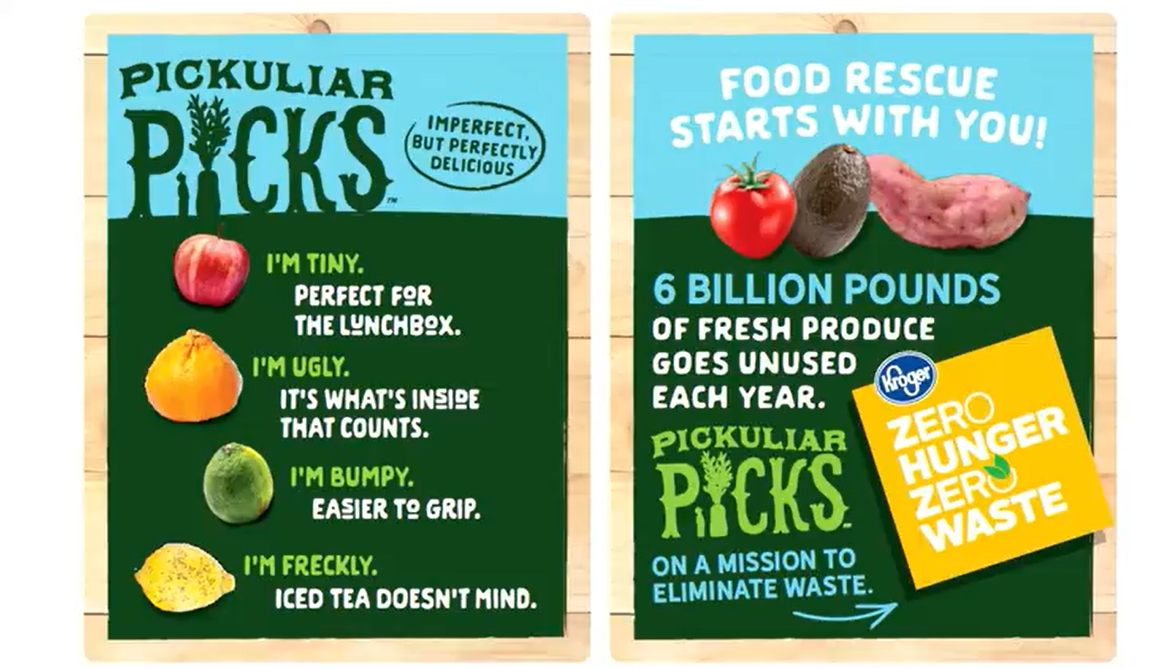 “What we are doing is creating a new brand that is not in-store yet called Pickuliar Picks. When produce comes in or is grown and comes off the farm, if it doesn’t meet a specific spec, color, shape or size, it gets rejected. It’s the ‘ugly’ fruit that we can’t sell,” Davis explained. “If 6 billion pounds of produce fall into the theme that they are too tiny, too bumpy or have freckles on the outside but still taste delicious and are perfectly food-safe, why can’t we capture some of that and use it to feed people, which is our ultimate goal.”

In her presentation at the summit, Davis showed mockups of imperfect produce in Pickuliar Picks packaging, such as tomatoes, bell peppers, limes, yellow onions and gala apples.

“We’re hoping to encourage our customers to try these items and help us work through them, because there’s so much waste,” she said.

The imperfect produce brand is part of Kroger’s Zero Hunger/Zero Waste program launched in September 2017. Through the initiative, the Cincinnati-based grocery retailer aims to eliminate hunger in the communities it serves and food waste companywide by 2025. In marking the program’s one-year anniversary last month, Kroger said the effort addresses a “fundamental absurdity” in the U.S. food system: 40% of the food made here is discarded even as one in eight Americans go hungry.

Yesterday, Kroger was commended by the Trump administration as a new participant in the U.S. Food and Waste 2030 Champions initiative, a group of about two dozen companies that have set a target to cut food waste in half by 2030. Other grocery retailers that have joined the effort include Ahold Delhaize USA, Weis Markets, Walmart, Sam’s Club, Wegmans Food Markets, Sprouts Farmers Market and MOM’s Organic Market.

“An unacceptable percentage of our food supply is lost or wasted,” U.S. Department of Agriculture Secretary Sonny Perdue said yesterday in signing a joint agreement with the Environmental Protection Agency and Food and Drug Administration for the federal Winning on Reducing Food Waste program.  “As the world’s population continues to grow and the food systems continue to evolve, now is the time for action to educate consumers and businesses alike on the need for food waste reduction.”

In the United States, food waste is estimated at 30% to 40% of the food supply, based on figures from the USDA’s Economic Research Service. About 31% of food loss happens at the retail and consumer levels, which in 2010 corresponded to roughly 133 billion pounds and $161 billion of food, according to the agency.