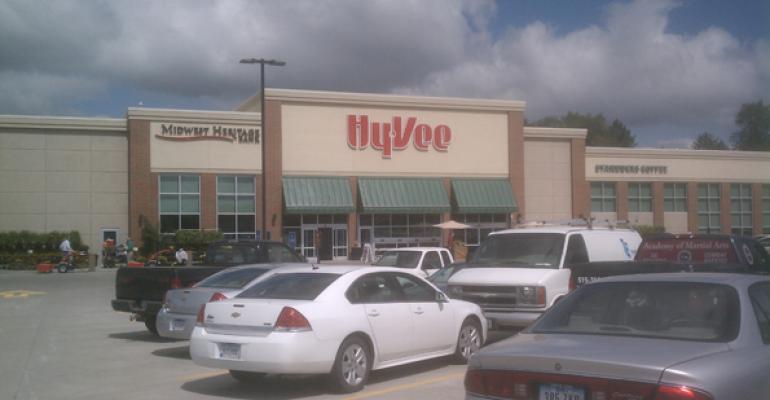 URBANDALE, Iowa — The new, 96,500-square-foot store that Hy-Vee is opening here on Tuesday features a number of “firsts” for the chain, and could also serve as a loose model for other large stores in some markets, a chain spokeswoman told SN during a tour of the store on Monday.

“We have two or three places in mind where we think this store will fit,” said Ruth Comer, the chain spokeswoman, during a store tour with SN on Monday.

As previously reported, the store includes the chain’s first table-service restaurant, called Market Fresh Grille, a feature that could be incorporated in some other stores going forward, Comer said. The 200-seat, casual-dining restaurant offers beer and wine with a bistro-style menu in in the evenings. It is open for cafeteria-style dining during lunch.

The company is investing more than $19 million in the store, which is its largest location. It replaces an older store that had been located adjacent to the property. Plans call for the site eventually to include a Hy-Vee-operated lawn and garden center next to the building and a Hy-Vee convenience store and fuel center across the parking lot.

Among the store’s other new features are an oatmeal bar, a sushi bar with seating and an in-line salad bar. The store features a greatly expanded prepared-foods offering, and the service meat and seafood departments have doubled in size from the previous store, largely through the addition of value-added meat and seafood products.

“The emphasis will be on helping people cook,” said Comer.