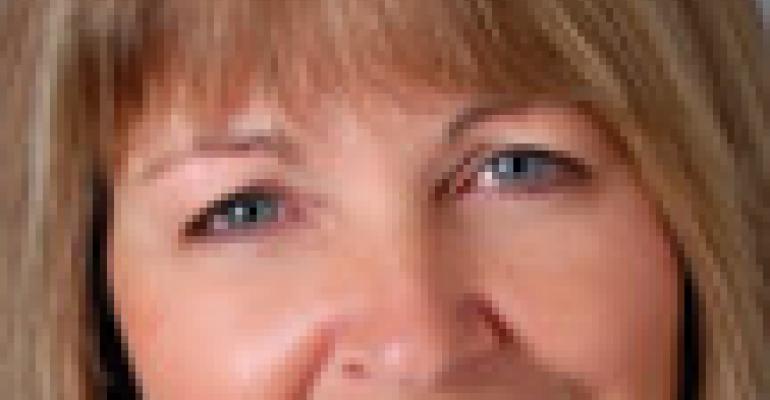 MINNEAPOLIS &#8212; Supervalu has been tearing down the boundaries between its wholesaling division and its company-operated retail stores for the past year and a half, and the appointment last month of Janel Haugarth as executive vice president, merchandising and logistics, moves the company one more giant step in that direction. After overseeing the company's supply-chain services division for the past

MINNEAPOLIS — Supervalu has been tearing down the boundaries between its wholesaling division and its company-operated retail stores for the past year and a half, and the appointment last month of Janel Haugarth as executive vice president, merchandising and logistics, moves the company one more giant step in that direction.

“They have been talking about consolidating their merchandising functions and getting more leverage with their vendors,” said Karen Short, a New York-based analyst at BMO Capital Markets. “Given that a significant proportion of her role was concentrated on merchandising, from an independent perspective, she would seem to be a logical person to head that effort.”

Short noted that Haugarth “has a great track record” running the Supervalu wholesaling operations, which have been the best-performing aspect of the business in recent years.

“From the outside, it's hard to see if meeting the merchandising needs of the independent will segue into the bigger picture at Supervalu, but she has obviously been right at the forefront of that effort on the supply side, so it seems to make sense,” Short explained.

Haugarth joined Supervalu in 1974 and has held a variety of distribution, business development, merchandising and financial positions. She was president of the company's Northern region from 2000-2005, and in 2006 she was named executive vice president of the company and president and chief operating officer of the supply chain division. She gained her most recent role after the departure of Steve Jungmann, who had a short tenure running the merchandising function for Supervalu's corporate retail stores.

“This broader authority will allow Janel to efficiently leverage procurement, merchandising and vendor programs for our corporate stores as well as our nearly 2,000 independent locations,” Crag Herkert, Supervalu's president and chief executive officer, said in a quarterly call with analysts discussing earnings last month. “With more than 30 years of industry experience, a proven track record of delivering strong results and establishing relationships with our major vendor partners, I have every confidence Janel is the right choice to lead this new organization.”

He noted that Haugarth's experience serving independent customers also jibes with Supervalu's effort to tailor assortments to individual markets, while at the same time leveraging national scale with its promotions.

“Janel's experience working closely with both suppliers and independent retailers gives her a unique point of view in our industry,” he said in a prepared statement. “She has a deep understanding of what it means to be a successful hyper-local retailer, and her leadership will be critical to helping Supervalu realize its vision to become America's Neighborhood Grocer.”

“The problem is they have had fits and starts of strategies,” Short explained. “They need to communicating a clear message to the consumer in each of the banners.”

“If they let her use her leadership skills to work to repair some of the internal issues they have at Supervalu, she will be of great value,” he told SN.

He noted, however, that her core skills are not in merchandising, and that while Haugarth was a good choice for the role to preserve some continuity within the company, Supervalu might need to eventually bring in a veteran merchant to oversee that function at the banners.

“The amount of success she has will be directly related to the expectations they have for her, based on her core competencies,” he said.