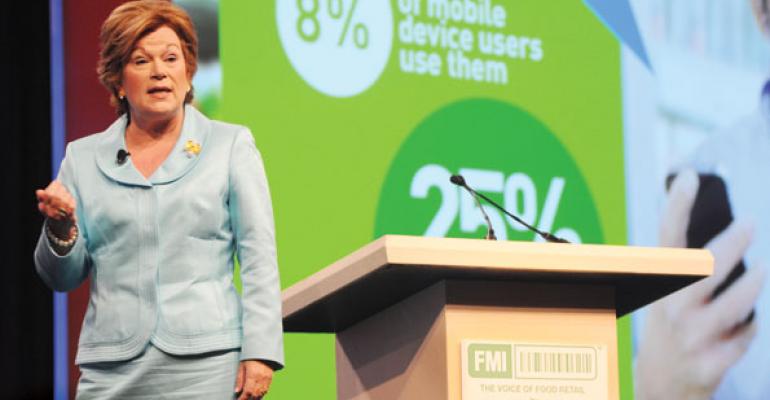 DALLAS — Retailers appreciated the opportunities for broad-based learning and the exposure to products from throughout the store at FMI2012, according to interviews with attendees.

“This is the place where it all comes together, where you can see everything that has to do with our industry,” said Frank Curci, president and chief executive officer, Tops Friendly Markets, Williamsville, N.Y. “Having everything in one place really benefits our team.”

He said Tops brought about a dozen employees to this year’s show, including people in operations and construction.

“This is probably the best and most organized FMI show I have been to,” he said. “The morning sessions were among the best I have seen. There were lots of takeaways, and they were very well-thought-out and balanced.” 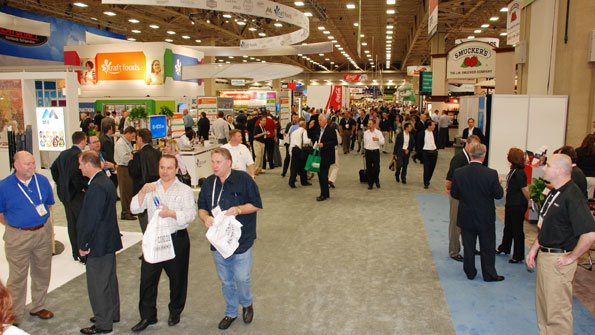 This year’s conference, which drew a reported 14,000 attendees for all shows, was co-located with United Fresh and American Meat Institute shows, as well as the National States Departments of Agriculture. It also included FMI’s Private Brands Summit.

The alternate-year FMI conference has been scheduled to return to its previous home at McCormick Place in Chicago in 2014, following next year’s Future Connect leadership-development conference in Orlando, Fla. The FMI Show will also be held later in the year in 2014 — June 10-13.

At this year’s conference, retailers were looking for new ideas and innovations, not only in product offerings, but also in technology.

Erik Keptner, senior vice president, marketing and consumer insights, Ahold USA, said his company, which brought seven employees in sales, merchandising and marketing, was “here looking for partners in technology to help me and our brands make better digital connections with customers.”

He said a common thread in educational sessions at FMI2012 is the need to innovate, and that’s “something we think about all the time.”

This pertains to the Speaks general session, he said, where the topics included personalization, e-commerce, and customers economizing. Some of the session material helped him confirm that the company is on the right path, he added.

Michael Greenly, a unit director at San Antonio-based H.E. Butt Grocery, said he was “learning a lot about e-commerce” at FMI2012.

“I’m hearing a lot about how the Internet can be used in business, and in communicating with consumers,” said, noting that he particularly enjoyed the Idea Exchange Breakfast where attendees sat at themed tables for discussions.

Gregory Calhoun, an FMI board member and Calhoun’s founder and chief executive officer, looks forward to the event each year because it helps him prepare for industry changes, such as advances in technology. This year, he was particularly interested in a session on social media.

“It’s important to learn new ways to communicate with our customers,” he said.

Calhoun, an African American, also uses the show as a platform to get more minorities on the FMI Board and involved in industry affairs, he said.

Ed Crenshaw, CEO, Publix Super Markets, said he enjoyed seeing the Supermarket Chef Showdown on the exhibit floor because it showcased how retailers are responding to consumer demand for prepared food offerings.

He also agreed that retailers benefited from the combination of shows under one roof.

Steve Smith, president and CEO of K-VA-T Food Stores, Abingdon, Va., and past chairman of FMI, said what he likes about this year’s show “is the fact that having United Fresh and the American Meat Institute here adds synergies, and it gives me the opportunity to walk the show with the people we brought and meet the people they interact with. This gives me a chance to listen to these guys talk about merchandising and partnering strategies.”

Smith said he believes the convention committee “has done a good job thinking through the process.”

“Apparently manufacturers like the show because more than double the number showed up as we had in Las Vegas two years ago,” he said. “And it’s important to get together to discuss coordinating what we do and having retailers and wholesalers meeting with them to do business.”

“When we put the show together, the CPG companies told us they were glad to meet with top chain executives, but they really wanted to meet with the people who do the buying.

“I thought about that, and then I wrote to the CEOs of every company on FMI’s board and I invited them to bring a sufficient number of buyers — enough that the CPGs would recognize the effort. Everyone agreed to do that, and most of them followed through.

“Having the buyers here puts a lot of energy into the building, the kind we haven’t had for years. And having more people and more exhibitors makes it abundantly clear this is FMI’s signature show and a great opportunity for the entire industry.”