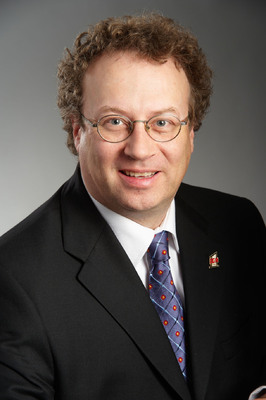 Poulin has held various leadership positions at Sobeys since 1997, and since 2001 has led its operations in Quebec, most recently as president of its IGA operations there. Sobeys also on Thursday said Claude Tessier would succeed Poulin as IGA president.

McEwan announced earlier this year he would retire for health reasons.

“We are delighted to have such a seasoned and highly qualified food retailer with a solid reputation across our industry and proven capabilities to lead Sobeys' food focused strategy forward," Rob Dexter, chairman of Sobeys parent Empire Co., said in a statement. "Under Marc's operational leadership our business in Quebec has thrived and is widely recognized as amongst the best food store portfolios in North America."

Poulin has more than 30 years of experience in the food retailing, packaged goods and financial services industries, including roles with Unilever Canada, Provigo, Culinar, Desjardins-Laurentian Life Group and Oshawa Group, where he was vice president of grocery merchandising when that company was acquired by Sobeys in 1998. He was appointed president of operations, Sobeys Quebec in 2001, and president, IGA Operations Business Unit, in 2011.

Tessier joined Sobeys in 2003 as vice president, finance and strategic planning. Previously he was chief financial officer at Fly Furniture and held a number of roles in finance for retailers Provigo and Costco.

"Claude is an experienced executive who understands all aspects of our business and who has earned the trust and confidence of our employees and franchisees since joining the company in 2003," Poulin said. "He is uniquely equipped to continue to drive the success of our IGA Operations Business Unit by leveraging our well-earned reputation in the marketplace."