ORLANDO, Fla. — Many online shoppers still appear to be hesitant to pay online using a credit card, according to anecdotal evidence presented by a top Wal-Mart Stores executive here Tuesday.

Bill Simon, chief executive officer, Walmart U.S., noted that a “substantial portion” of its customers who use the “Pay with Cash” service offered on its website — through which customers order a product online and pay for it at a physical store — actually pay using a credit card at the store. He spoke at the 2013 Raymond James Institutional Investor Conference. 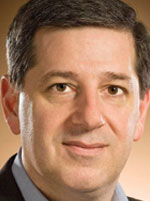 “Pay with Cash was a way for customers who we thought, without credit, to participate in e-commerce sales,” Simon said. “And lo and behold, we found out that a substantial portion of the Pay with Cash business was actually paid with a credit card. [This] will give you an idea that they are still some people out there who aren't quite sure about that whole Internet credit card thing — at least that is what we believe.”

He also said the company has had success with its Site to Store delivery, through which products are ordered online and picked up at the store. He cited a Neighborhood Market location in downtown Chicago that generates “up to 20% to 25% of its sales” through Walmart.com and Site to Store. “In fact, so much volume is done there that we had to rent more space from the landlord, just to be able to store the products that were shipped to the store through Walmart.com,” Simon said.

He also detailed the company’s small-format rollouts, describing a “density test” with its small-format Walmart Express stores in the Raleigh-Durham market in North Carolina, where Wal-Mart is seeking to learn “what happens when you put a lot of these in close proximity.”

He said the Express stores generate “five to eight times what a dollar store might do, but only, say 30% or 40% of what a Neighborhood Market might do.”

“And so the density test, for us, is to try to decide where and how many we can [build of] these, and do you use them as a filler strategy or a penetration strategy.”

In addition Simon noted that Wal-Mart is rolling out its market-basket comparison ads to 50 U.S. markets in the first quarter. The ads use real consumers and compare the price of the items in their shopping carts with the prices offered by competitors on a variety of items.

“Those challenge campaigns are real baskets, and real customers shopping with the same lists,” said Simon. “We don't pick the items, and there could be anything from milk, bread, eggs in there to black shoe polish. Whatever they bought, we run the comparison against and we do very, very well.”