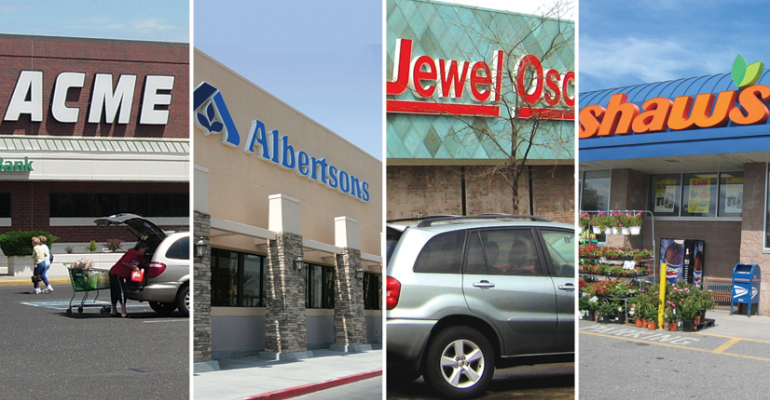 <p> Supervalu is selling these banners plus Star Market to Cerberus.</p>
News>Marketing

&ldquo;When we announced our review of strategic alternatives this past summer, our goals were to improve our business, better position the company for the future, and create the best opportunity to deliver significant shareholder value. I believe we have accomplished these goals.&rdquo; &mdash; Wayne C. Sales, president and CEO, Supervalu

MINNEAPOLIS — Supervalu here said last week that it has reached an agreement to sell its Albertsons, Jewel-Osco, Acme, and Shaw’s and Star Market banners to a group led by Cerberus Capital Management in a transaction valued at $3.3 billion.

The deal, projected to close by the end of the first quarter, would reunite the two Albertsons banners that had been split since Supervalu acquired most of that chain in 2006. It would also return Supervalu to the structure it had before that acquisition — a publicly traded company operating a wholesale distribution business, the Save-A-Lot limited-assortment banner and several regional chains. 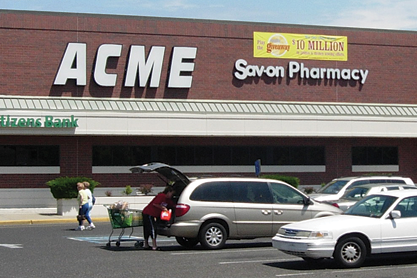 The “new” Supervalu, which would also receive an investment from Cerberus, would have projected annual sales of $17 billion. In addition to its distribution operation serving independents, and its 1,300-store Save-A-Lot operation (both owned and licensed), Supervalu would also retain the Cub Foods, Farm Fresh, Shoppers, Shop ’n Save and Hornbacher’s chains.

“When we announced our review of strategic alternatives this past summer, our goals were to improve our business, better position the company for the future, and create the best opportunity to deliver significant shareholder value,” said Wayne C. Sales, president and chief executive officer, Supervalu, in a conference call with analysts and investors. “I believe we have accomplished these goals.”

Cerberus’ partners in the acquisition include Kimco Realty Corp., Klaff Realty LP, Lubert-Adler Partners and Schottenstein Real Estate Group. The investment will include $100 million in cash and $3.2 billion in debt.

In addition, the investment consortium will conduct a tender offer for up to 30% of Supervalu’s common stock for $4 per share in cash. 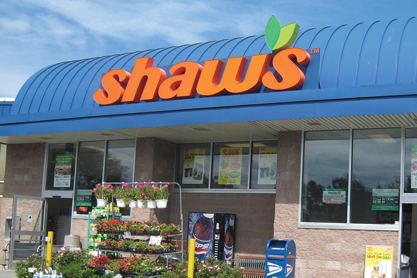 Upon the closing of the transactions, five current Supervalu directors will resign, the company said, reducing the size to seven members, from 10. The seven will include two board members designated by the new investment group, including Miller. Following the completion of search process, Duncan is also expected to join the board, along with an additional director appointed by the new investors, and two additional independent board members to be selected by the initial seven directors.

“As chairman of Supervalu’s reconstituted board, working closely with Sam Duncan and the Supervalu management team, we will focus on strengthening the company’s market-leading positions and delivering compelling value to our shareholders,” Miller said in a statement.

“We are pleased to be making this investment and look forward to helping build long-term value for all stakeholders,” said Lenard Tessler, co-head of Global Private Equity and senior managing director at Cerberus. “We believe these transactions will create stronger, more competitive businesses.”

Sales said the benefits of having Cerberus as a substantial shareholder in Supervalu include its retail industry expertise, including its current investment in Albertsons LLC, and its experience in helping turn around retail companies.

He noted that the divested banners “will become part of a company with the financial resources, leadership and experience necessary to help them improve their business. I believe that today’s announcement provides these banners with the best opportunity for future success.”

Cerberus, a private-equity concern with holdings in businesses around the world, has the wherewithal to invest in pricing, in improving the perishables offering, and in boosting customer service at the acquired chains that Supervalu did not, he explained. 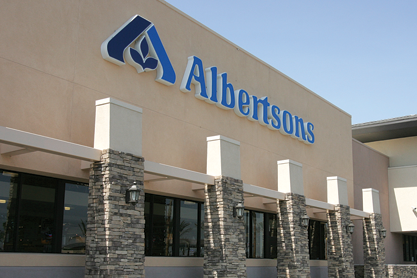 Supervalu had bought the retail operations it is now selling in 2006 through one of the largest acquisitions in the history of the industry, paying $14.7 billion for what it then described as the “best-performing assets” in Albertsons’ portfolio. Meanwhile, the remaining Albertsons stores were acquired by Cerberus and a consortium of real estate investors similar to the group that is now buying the assets from Supervalu.

Cerberus, through its Albertsons LLC subsidiary, pared down the portfolio dramatically, to 189 stores generating an estimated $3.9 billion in annual sales. Under the guidance of Miller, and through the sale of many of the acquired assets, Albertsons LLC has reportedly generated strong returns for its investors.

It was not clear what the investment group’s strategy would be concerning the newly acquired locations. Supervalu has been reporting sales erosion at its retail stores for several years, which led to its dismissal of Craig Herkert as president and CEO in July of 2012 and to the strategic review that culminated in last week’s sale announcement. 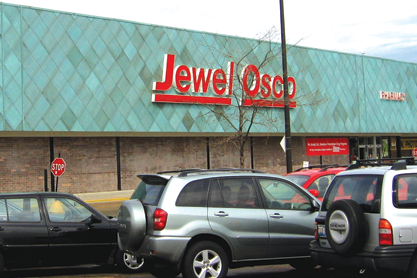 Analysts had considered Supervalu’s Jewel-Osco banner, the market leader  in Chicago, to be among its best assets. The Albertsons stores, located mostly on the West Coast, and the Acme stores in Philadelphia and the Shaw’s and Star Markets chains in New England are thought to require more investment.

“While not deleveraging, the transaction will remove some of Supervalu’s weakest banners from the balance sheet, including Shaw’s/Star Market and Albertsons, and the remaining banners will not require as much price investment,” said Deborah Weinswig, an analyst at New York-based CitiGroup, in a report.

The traditional supermarket chains Supervalu is retaining — totaling 191 locations — will represent about 28% of the company’s volume going forward, Sales said.

“The remaining banners are smaller, they’re more regional, and they require less investment in price,” he explained. “So, we have less to distract us because of the divested banners going away, and we can put absolute focus on the 191 retail stores that we have left.”

The wholesale operation serving some 1,950 independent retailers nationwide is expected to generate 47% of Supervalu’s revenues going forward, and Save-A-Lot will represent the remaining 25%.

Sales noted that Supervalu has been focusing in improving the Sale-A-Lot operations, boosting private label to 70% of the offering from 57%, simplifying operations and adding meat cutters.

“We are excited about our ability to invest in this banner, in this business, both for our licensees and our corporate stores, and that will be a huge growth opportunity for us.”

In addition, he said Save-A-Lot’s 16 dedicated distribution centers have “considerable capacity for growth.”

The agreement includes new financing that will provide Supervalu with more flexibility, the company said. It includes a fully underwritten $900 million asset-based revolving credit facility and a $1.5 billion term loan secured by a portion of the company’s real estate. The proceeds of these will be used to replace the existing $1.65 billion asset-based revolving credit facility, the existing $846 million term loan, and to call and refinance $490 million of 7.5% bonds scheduled to mature in November 2014.

Supervalu also said it would continue to look for ways to reduce costs and become more efficient. Shortly before the sale announcement, the company notified Wisconsin authorities that it planned to lay off 117 workers at its Pleasant Prairie, Wis., distribution center, which it had previously agreed to sell to Meijer Inc. Supervalu said it would consolidate its distribution through its Green Bay, Wis., warehouse.

Supervalu also reported that its retail sales continued to deteriorate in the recently ended third quarter.

Sales for the period were down 5%, to $7.9 billion, as identical-store sales in supermarkets fell 4.5%. That included a 2.8% decline in customer counts and a 1.7% reduction in average basket size.

Overall net income was $16 million, which included a one-time gain of $26 million from a credit card lawsuit settlement and $15 million charge for previously announced store closures. That compares to the $750 million loss recorded in the year-ago quarter following $800 million in goodwill write-downs.

At Save-A-Lot, ID sales fell 4.1% in the third quarter, fueled by weakness at corporate stores and by soft employment in Florida, the company said.

“I would also add Save-A-Lot has increased spending more on advertising to drive traffic and increase customer awareness, which we expect to continue in the fourth quarter,” said Sherry M. Smith, executive vice president and chief financial officer. “Save-A-Lot continues to execute its business optimization plan including introducing more relevant items into the assortment, with 200 by the end of this fiscal year.”

She also said Save-A-Lot has implemented a new price program in one test market and “has seen results in the double-digit IDs consistently over the last few months.”

Wholesale sales were $1.99 billion in the quarter, even with the year-ago quarter.

“We continue to have a strong customer base and our teams continue to work very closely with our customers to help serve them better,” Smith said.

Operating earnings were $49 million, or 2.5% of sales, vs. 3.3% last year with the change almost entirely driven by investment in gross margins.