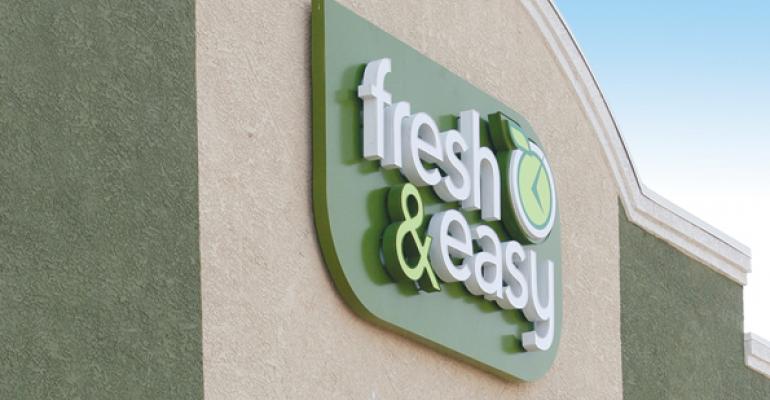 &ldquo;Fresh &amp; Easy is not where we want it to be, which is why future capital will be very tightly constrained.&rdquo; &mdash; Philip Clarke, CEO, Tesco

CHESHUNT, England — Tesco here said last week it plans to constrain capital investment in the U.S. during the second half, with only a handful of new stores planned for the balance of the fiscal year.

The company said it expects to operate “just over 200” stores by the end of its fiscal year next February, rather than the 230 it projected at the beginning of the year.

“Fresh & Easy is not where we want it to be, which is why future capital will be very tightly constrained,” Philip Clarke, chief executive officer, told analysts during a presentation here discussing first-half results. “We’re not going to open very many more stores in the U.S. in the rest of this year or into next year. Instead, our focus will be on getting more stores across the profit line.”

The company said 55 of its U.S. stores were “delivering a positive cash contribution” through the first half of the year, compared with 30 at the start of the year last February. “We expect an increased number of stores to cross over into positive territory in the second half,” the company noted.

“Fresh & Easy needs to do better,” Clarke said. “We need more from Fresh & Easy [because] as it turns out, sales growth wasn’t as strong [as expected] and losses were only slightly down.”

Same-store sales, which rose 5.2%, picked up in the second quarter, Clarke said, “but they were weighed down by a disappointing first quarter.”

Asked about the impact of Fresh & Easy results on Tesco’s shareholder value, Clarke said, “The management team in the U.S. is focused on how to improve the performance of the existing business. My job is to deliver shareholder value, and that’s what I intend to do. I still believe shareholder value will improve, and if it doesn’t, then we will do something else.

“However, I think Fresh & Easy still has the prospect of delivering value to shareholders. We stumbled a bit in the first half, but the newer stores are doing well, while the older stores are a drag.”

According to Laurie McIlwee, chief financial officer, like-for-like profits at newer Fresh & Easy stores rose $18 million in the half, “which was almost balanced by the drag effect of the more mature stores.”

Consequently, Fresh & Easy is remodeling older stores, with about 25% of the store base already completed, “and we’re seeing a lift at those locations of about 1% per store on a like-for-like basis.” McIlwee told analysts.

Tesco began opening Fresh & Easy stores in 2007 in California, Nevada and Arizona. It had originally predicted its U.S. business would achieve profitability by the end of the current fiscal year, though it has pushed that expectation to the close of the fiscal year ending in February 2014.

In addition to the cutback in capital spending, Tesco said other measures have already been put in place to reduce costs, “[which] will lead to a more significant reduction in losses in the second half.”

In the last few months, Fresh & Easy has launched a line of grab-and-go meals under the Kitchen to Go label featuring American, Asian, Italian and Mexican options; introduced a wider range of own-brand lines; and continued to broaden its Meal Deals range.