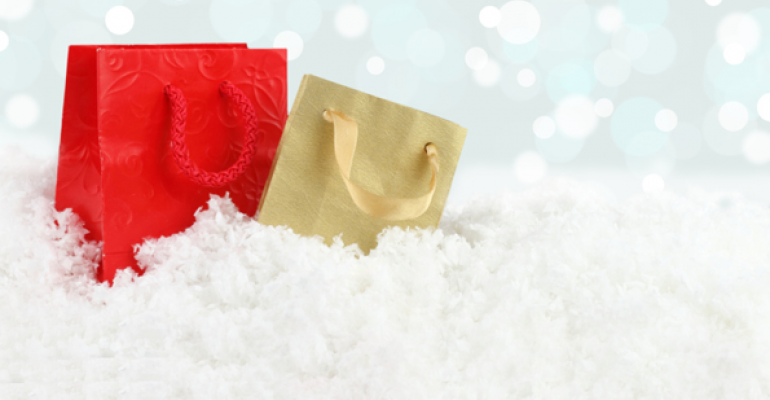 NEW YORK — Fears of the so-called “fiscal cliff” and other factors, including Hurricane Sandy, may have tempered retail sales growth this past holiday season.

The International Council of Shopping Centers here last week said in-store sales did appear to accelerate late in the season, however, despite a slump in the first few weeks after Thanksgiving. The ICSC-Goldman Sachs chain store sales index projected that the group’s previous forecast of 3% growth for the November-December time frame appeared “generally on track” following a late-December surge.

The membership warehouse club said sales growth was driven by positive same-store sales in all categories, and fresh food sales improved behind increases in produce and deli and in spite of slight deflation in meats. An extra day in the reporting period compared with the same period a year ago contributed around 2% to same-store sales. Store traffic was up by 3.5% and average ticket increased by 5% in the five-week period, which ended Dec. 30.

Minneapolis-based Target Corp., however, reported December results below expectations, with comparable-stores “essentially flat” for the five-week fiscal December period, with a “low single-digit decrease” in comp-store transactions offset by an increase in average transaction size.

“December sales were slightly below our expectations, as strong results late in the month did not completely offset softness in the first three weeks,” said Gregg Steinhafel, chairman, president and chief executive officer, in a statement.

Target noted that December comp-store sales were strongest in food categories, “which experienced a mid-single-digit increase.”

Several analysts who track holiday retail sales lowered their estimates for the season in early December, when some retailers reported weak November sales, citing Hurricane Sandy’s impact on the densely populated Northeast and consumer trepidation over the economy.

MasterCard Advisors SpendingPulse said last week that holiday sales were up only 0.7% from the end of October through Dec. 24, vs. a 2% increase last year.