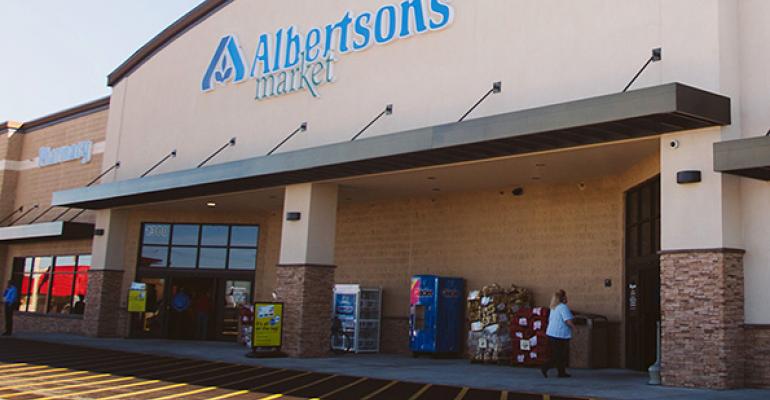 Albertsons Cos. said this week that it expects to post companywide sales of $13.4 billion and a $9 million operating loss during the second quarter, reflecting strong ID sales and the effect of newly acquired Safeway stores.

Identical-store sales, excluding fuel, grew by an estimated 4.4% during the period, which ended Sept. 4, the company added.

Albertsons, headquartered in Boise, Idaho, reported the estimated figures with the SEC as an addendum to a stock prospectus for a forthcoming offering.

“The identical stores sales growth was driven by increases in both customer traffic and average ticket size,” the company said. “We believe, consistent with our prior trends, that the implementation of our playbook, together with other factors, including improved economic conditions and consumer confidence, were the primary factors in the identical store sales growth.”

Companywide revenues increased by 140% from the same period in 2014, due mainly to the Safeway acquisition and a 3.9% increase in comp sales excluding Safeway.

Albertsons posted a $37 million profit in the second quarter of 2014 but a $9 million estimated loss in this quarter, additional costs related to the Safeway acquisition and the related FTC-mandated divestitures to Haggen, partially offset by increases in operating income from the additional Safeway stores and improved store operations. Gross profit as a percent of sales was down 60 basis points to 26.6%, primarily driven by an increase in fuel sales as a result of the Safeway acquisition.